3pm OWS Lake Erie. The big lake was pretty darn calm today so a good chance to get a swim in. This was actually my first swim in Lake Erie this summer. The water was nice and warm (I think around 73 degrees). It felt really really good. I spent probably 60% of the time breaststroking and 40% front crawl. I'm still having issues with getting sea sickness in the swells and they weren't even that bad today. I tried all the things last year that seemed to help, but those things did not help today. That crappy nauseous feeling hung on for a couple hours afterwards too. Blah! I really need to remember to pick up some Dramamine to try.

I just finished up 4 straight weeks of averaging around 100 mpw on the bike.  This will be a recovery/taper week as I look to the race on Sunday.  Then building again working toward my century ride.

Today was a beautiful day for a bike ride. Decided to go explore a route that would take me down to Ashtabula Harbor. Took some roads that I have never rode on before. Some very good and some bad. Got to the harbor in 22 miles. Stopped and bothered some friends of mine that were selling vegetables at the Sunday farmer's market. Then headed down to Walnut Beach to eat lunch. I wore my tri shorts and packed my goggles and swim cap on the off chance that Lake Erie would cooperate for a swim. I didn't think it would be good because it was pretty breezy, but I wanted to be prepared. Alas, it was pretty wavy with enough white caps that I decided to just eat lunch on the break wall and enjoy looking at the big lake.

Miles 22-27 were stop and go traffic through town winding my way over to the bike path. Lots of 10mph which played a big part of my average being low 14's. Once I hit the bike path I was consistantly able to stay over 16-17 mph sometimes a lot more. Miles 27-41 were on the bike path. I should have looked at my times sooner, but I do know that the last 14 miles (once I got off the bike path) took 52 minutes or 16.1 mph average. I felt good about this because it was at the end of the ride AND my bike was loaded down with gear for the beach plus some (goggles, swim cap, flip flops, sunscreen, beach towel, my too heavy bike cable lock, my little kit to put my contact lenses in, extra sunglasses, cell phone, spare tube and repair kit, snacks, trash from my lunch, my jacket and tank top that I took off and lashed to the top of my trunk bag). Like I said, I was happy to have that average at the end of the ride and carrying a shit load of gear.

I had an awesome ride today.  I just felt so good the whole time.

On a side note I do have two rants I want to get off my chest so this blog seems to be the appropriate place.

1.  While I was sitting eating lunch on the breakwall, a couple drives up and walks over to the beach directly behind me.  They procede to starting feeding a bag full of hot dog buns to the seagulls.  Ok, first, who in their right mind would even begin to think that over-processed white hot dog buns are a good food to feed seagulls.  Heck, they're not even healthy for us.  Second, seagulls came flocking from every nook and cranny.  So now I am eating lunch with all these seagulls flying low over my head.  I am just picturing bird poop landing on me or my lunch.  Fortunately it did not happen, but I was seconds away from yelling at the couple feeding the gulls to go someplace else.  Ugh!

2.  On the bike path.  I see another cyclist approaching me in the distance.  He is wobbling a little, and when he gets closer, I realize he has one hand on the handlebars and is holding his cell phone to his ear with the other.  Ok, so we are riding on this beautiful bike path through the woods on a beautiful Sunday afternoon.  Who the heck has to be gabbing on their cell phone at a time like this?  Can't you be without that damn contraption for more than a few mintues?  Just stupid.

Commute to and from work with a side trip into town for a few groceries. I was going to take a longer route, but then realized that I had to pick a few things up at the store. Then I realized that everything I needed to carry would not fit my my trunk bag that sits on my rear rack so I had to wear my backpack too. I hate riding with a backpack on so I just went the short route. It was fun coming home, loaded with groceries and wearing a backpack, and having to ride in a gusty 30mph wind. I was not exactly aerodynamic.

Stage 5 of 12 of Tour de France Challenge complete.  Maybe I should have gone for more rides, but this week has been somewhat unusual with the number of rides.  Most of the rides this week and have been shorter and easier though.

I got to eat my first home grown tomato of the season today.  I'm in heaven.

Kept thinking about working out today, but that's as far as it went.  Did get up early and got a bit of housework done before work today.  That was nice.

p.m. commute. 13.81 miles, 56:20, 14.7 mph average. Was doing ok until I hit the rough chip seal road. Then the state route with the crappy shoulder and lots of traffic. Then the road with the funky seams across the road every 20' or so. Then the last 4 miles directly into the 30mph wind. What was I thinking? (hehehehe I still love my bike even if I am slow. HA!)

Stage 4 of 12 of the Tour de France challenge complete.

a.m. commute. 5.62 miles, 23:38, 14.3 mph average. Took the short route in. Still VERY humid and oppressive feeling ahead of the cold front that will push through during the lunch hour. I felt tired and sluggish, probably from not sleeping very well in the heat the past couple of nights. Started raining a bit during the last 1/2 mile of my morning commute. We need the RAIN! All plant life is turning brown and shrivled.

So my achilles that I am trying to get healed felt perfect all day, until bedtime.  Then I noticed some soreness when I was doing my evening bedtime stretches and massage.  My test run was just that.  A test.  And things are not ready yet.  Will try again in another couple weeks.  I'm really not too bummed this time around.  It is what it is.  At least there are other activities I can do to stay fit.
show more 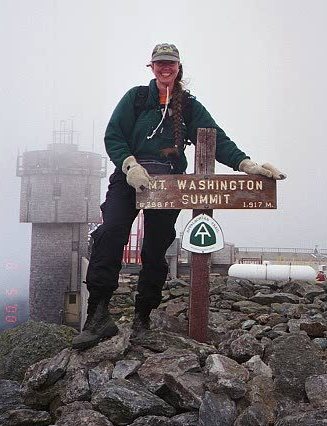