1. training has been going pretty well.
1a. I am exhuasted and hungry most of the time, but I think that's pretty normal.
2. no injuries and that is always good.
3. peeked my schedule for next week: 2 hours biking monday, tuesday, wednesday, thursday.
3a. (whoooaaboy need to DVR a lot of good tv.)
4. another century coming up this weekend.
4a. (the morning after a wedding).
4b. (I will be the DD).
4c. (I will still be exhuasted).
5. love that a majority of my runs go by water.
6. "The Office" wedding is tomorrow ! swooooon.
7. white handlebar tape was a bad idea.
8. the race seems too soon
9. ... but also too far away.
10. I swam 4500 yards on Tuesday.
10a. tougher mentally than physically.
11. bought and am listening to Born to Run: A Hidden Tribe, Superathletes, and the Greatest Race the World Has Never Seen.
12. it's getting darker earlier and that makes me unhappy.
13. I bought ironplanner. looking forward to using it
14. along the lines of sentences that start with "I bought..." 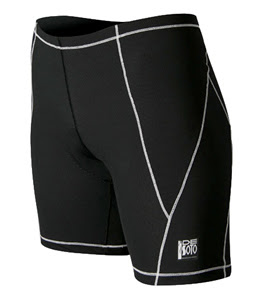 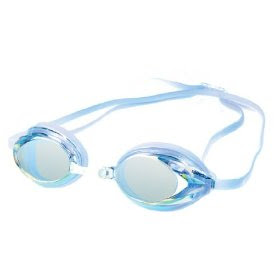 another day tailor made for running ! blue skies, nice breeze. started listening to ""Born to Run: A Hidden Tribe, Superathletes, and the Greatest Race the World Has Never Seen" very very interesting stuff !

took off work today to tackle my to-do list. when your weekends consist of 6 hour bike rides (plus the hour and half drive to the shore, and the same drive home), the chores tend to pile up.

need to: straighten up the house, water plants, laundy, grocery shopping.
also, on the list, some fun stuff: hair cut, mani/pedi, shoes for a wedding this weekend (they need to be black and they need to be HIGH)

4500M swim after work tonight ! ready to get out of my work suit and put on my bathing suit.
le sigh, why can't I be independently wealthy ?

a day that was made for running. .. too bad my legs are still kind of trashed from yesterday !

trainer... it's getting darker so much earlier :( boo

ChessieMan/ E Man hybrid. headwinds were AWFUL!! we only had tail winds for 8 miles out of hte 68 mi ride. boo.

great great swim in the Chesapeake Bay (Sandy Point). swam with my friend Deb and her boyfriend.

I am big into animal rescue (as many of you know).

my husband and I volunteer at our local shelter and foster kittens until they are old enough/ weigh enough to get their shots and their spay/ neuter surgeries and be up for adoption.

we've been very lucky in the past to have mostly healthy kittens (or have minor sicknesses, easily treatable with medicine).

last night I checked on our 6 week old foster kittens - Frank and Ava - at 8:30.  I rode the trainer for 90 minutes, got some food, and checked on them again.

Frank was laying on the floor, not moving, eyes open, not breathing.  He would take little gasps every so often which I'm told is called aspiral (?) breathing.

I freaked out, called our foster coordinator, who told me that he needed to go to the Pet ER and was not going to make it.  I was scared to pick him up but I'm not sure why. I managed to drive 20 minutes (slowly - one of my tires was a donut as a result of a flat earlier that night) in the rain to the Pet ER.

I got there and he was already gone (I knew that - or that he would be put down). I was a sobbing mess and the staff there was really nice.  I filled out some paperwork and said goodbye to Frankie and headed home.

(my husband was at work late for an "after dark" special event at univ of md).

His sister - Ava - was brought to the SPCA today to be monitored. She's in good spirits but does not appear to be eating much and has lost weight -- from 1.2 lbs down to 1.0 lb.

The foster coordinator thinks it's probably "pan luke" -- panlukipenia. It's like parvo for kittens .. also called "kitten distemper" I believe. It's a nasty nasty virus that hits hard and fast and is not treatable, I don't believe, in kittens. If you have an adult cat he has probably been vacinated against it (which is why, fortunantly, our cats are not at risk) ... kittens cannot be vacinated until they are of a certain age.  One of the shelters in the area is having a pan luke outbreak.

James and I spent the morning bleaching the floors and washing everything in hot water. If it couldn't be washed or bleached it was trashed.

I'm not really sure why I'm writing this out but thanks for listening.