Highlights of Beginner Triathlete Members at the Ironman World Championships

Last month we brought you highlights of several BeginnerTriathlete members who were preparing to compete in the Ironman World Championships in Kona, Hawaii.

Now we revisit some of our members to see where their training and preparation took them on the big day.

Bethany Rutledge, of Atlanta, (BT member ATLrunr), had a major struggle on her hands at Ironman Kona. In early 2012, she was having the kind of year that puts you in the condition you need to be in to qualify for the Ironman World Championships in a time of 10.5 hours. But during the summer, she suffered through a severe viral infection that left her mostly unable to train during what should have been her highest volume weeks leading up to the race.

Still, she expected to finish without pain and enjoy the scenery and the excitement of the biggest race day in the sport.

It was not meant to be that sort of enjoyable, laid-back day for Rutledge.

She swallowed quite a bit of seawater in the choppy waves during the swim, which escalated to nausea, dizziness and feeling of moving in slow motion. “I got out and started staggering around,” Rutledge said. “I wanted to cry. I just felt so bad.”

Things did not improve on the bike. She was thirsty from drinking the saltwater, and she chugged fluids. But everything she drank just made her stomach swell larger and larger. Her body was not absorbing anything, and nothing was passing through, either.

“Instead of enjoying the fact that I was at Kona, I felt like I might not be able to finish,” she said.

The run was much the same, but punctuated by repeated vomiting and bathroom stops. Finally at Mile 16, Rutledge says she began to feel better. It must have been something about that 37th puke that really did the trick. She was able to pick up the pace, and came roaring into the finish, clocking a sub-6-minute mile on the way in.

“There is no race like this one,” she said. “Before going I brushed a lot of it away as hype and figured it wasn't everything that everyone said. It isn't. In fact, it is way better!”

“It isn't just the race itself, it's all the activity and the whole scene and history behind it that make it so amazing. I feel so blessed to have been a part of it.”

This was the first Kona race for Colin Cook of Pepperell, Mass., as well. Cook's BT username is PeakTriCoaching.

Cook’s training was competing with a lot of other life stressors (first baby due at the beginning of December, new job and buying a house), but he was in such great shape for his qualifying race earlier in the year, he felt relaxed about his Kona training, not needing to force tons of mileage into his schedule.

Cook said his swim went well, although slower than in his usual northern, wetsuit-legal races. Later on the bike leg, when his legs felt shot long before they should have, he wondered if the extra kicking had cost him some power. But he avoided the temptation to catch the other cyclists who were passing him. 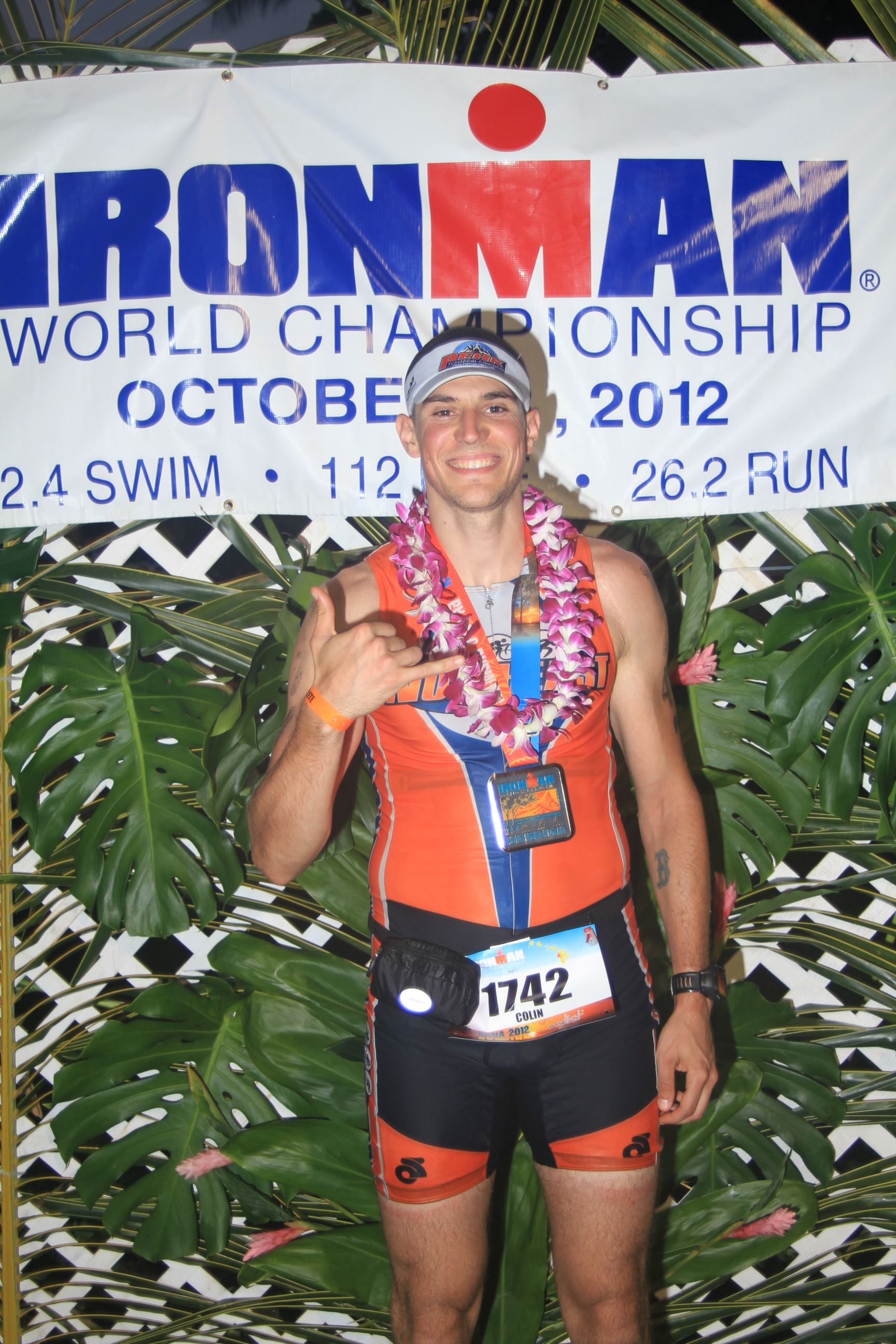 On the run, he said, “The first 10 miles or so were relatively uneventful. I really enjoyed the scenery along Ali’i Dr. and just did my best to control my pace.”

The rest of his run was focused on holding a pace slightly slower than an 8-minute mile, hydrating properly, and walking the aid stations to carefully take in nutrition.

“As I approached mile 23, I started to get pretty excited and knew that I was going to be able to finish the race strong,” said Cook. “I was smiling from ear to ear and got a lot of comments on my smile. As I took the right onto Ali’i Dr. my smile got even bigger.”

“I was extremely excited to cross the line! I did it! I had qualified and competed in the Ironman World Championships in Hawaii, a goal I had now for about four years or so,” he said. “It felt awesome and was definitely an amazing experience.”

Mike Gadzinski of Cedarbrook, NJ (BT user Gadzooks), was not only competing for the first time in Kona, he was be completing his first Ironman that day. And BT member David Morris (03djmorris) of Plymouth Meeting, PA, was making his Kona debut after crushing the Ironman distance at Lake Placid earlier this year. He took first place overall among age groupers at Ironman Lake Placid in 2012 with a time of 9:18:21.

Gadzinski has historically had top performances at the half distance, but said he did not have the desire to put his body through the tortures of the 140.6 distance.

Morris and Gadzinski are both top age groupers, and expected to turn in a good performance at Kona. They spent time together pre-race with each other, Colin Cook, and other BTers. In the end, the two met up on the run and gave each other the support to keep moving.

Gadzinski had a terrific swim, staying with the front pack despite having to stop due to a calf cramp. At the first transition, things went south.

“I hit the carpet mount line area and had this odd feeling. Like we should be mounting maybe a little further up the road. In any event, I didn't feel 100% comfortable on the wet carpet,” Gadzinski said. “It was also a zoo - an ocean of people screaming and yelling in the stands. I finally get on my bike and drift too far right and boom. Tumble over. I didn't hit the deck but I grabbed the fence and cut my right thumb.”

After that inauspicious beginning, it didn’t take long for Gadzinski to get into a groove. His power output was low, judging by his power meter, his exertion normal, and yet he was picking off riders, one by one. Soon he found himself number five in the age group race.

That didn’t last long when horrendous winds came in over the mountains and Gadzinski had to fight to control his bike.

“On a few sections I'm going downhill and should be riding 30+ mph, but instead I'm STANDING up and grinding,” he said. “Halfway up the 18 mile climb things are bad and I'm stressing about bike control and not crashing. Trees are sideways, signs are shaking and it's just swirling and ripping. Now I'm starting to get passed.” Morris passed Gadzinski toward the end of the bike. 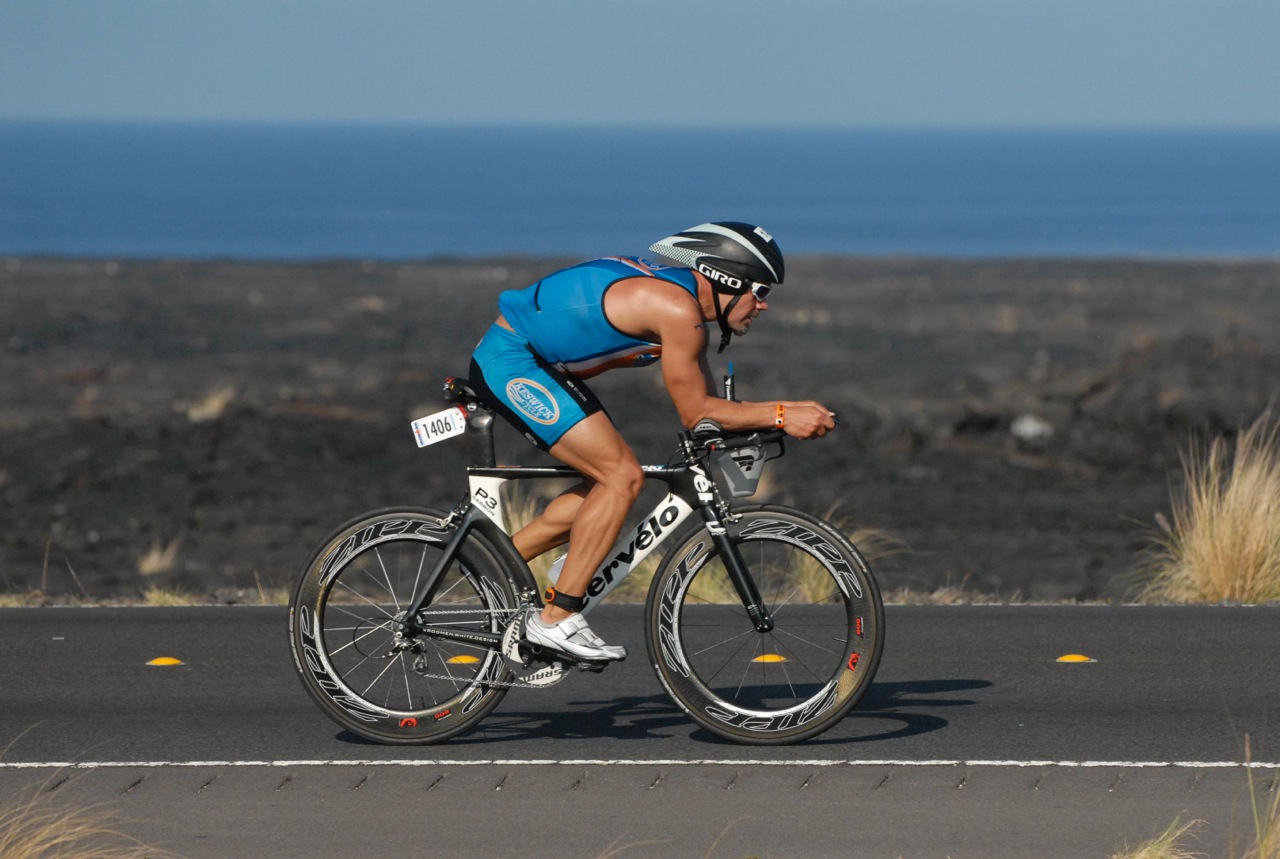 On the run, Gadzinski started off at a quick pace that he had a hard time dialing back. But after eight miles, stomach problems began to hit. He caught up with Morris and the two ran much of the rest of the race together, gradually slowing as Gadzinski's persistent stomach problems and leg fatigue wore them down.

“With three miles to go I was pleading with David to slow the 8-minute-mile pace down,” he said. “Funny but not fun!”

The two crossed the finish line together. Gadzinski says that he forced a smile for the finish, but felt terrible and spent two hours in the medical tent recuperating.

Jennifer DiCarlo, a member of the U.S. Air Force living in Abilene, Texas, found her way to Kona via the lottery.

Her swim was uneventful, but the distance seemed visually far, since most Ironman swims are two loops and Kona is not.

“I was grateful for the volunteers helping me up onto the stairs as I was a bit wobbly from so much time horizontal,” says DiCarlo, BT screenname jldicarlo.

On the bike, she stuck to her nutrition plan and her goal of maintaining a 15mph average. The downhills were great fun, but the wind was not.

“What made this hard was just that it was 30 miles with no turns and a constant headwind. My usual routes in Texas involve more turns so you get a break from the headwind every now and then as you zigzag through county roads,” DiCarlo said. “This was 30 miles in one direction...and you knew it was all in one direction. At miles 80-110 that really isn't fun.”

“I was getting mad at how slow I was and how long this was taking me. I was having arguments with myself...cursing the headwind for slowing me down...but then trying to stay cheerful and remind myself how awesome it was I was doing Kona. Then back to cursing the wind,” she said.

Frustrating for lottery winners is the fact that most of the people in the race have highly competitive paces, or else they wouldn’t be there at all. DiCarlo said it was quite lonely on the bike course and she went long periods without seeing any other cyclists.

Being at the back of the pack is no easy job, even at a race like Kona. The run was not much better.

“I will admit that the turn around felt farther than I thought it would be. And Ali'i Drive was fairly desolate,” said DiCarlo. “It's obvious that it had been a HUGE party earlier in the day. Most of the gear houses still had tents out and whatnot, but no spectators in them. There were a few random spectators still standing around, but they were mostly cheering things like, "You still have 6.5 hours...plenty of time!." Um, that isn't exactly motivational at this point!”

Due to recovering from a persistent hip injury over the past year, DiCarlo’s longest run had been nine miles. She had a steady start to her marathon, and was able to keep running most of the time.

“It got pretty lonely and desolate and for at least 10 minutes I swear I ran/walked without seeing anyone—not even in the distance ahead of me,” she said. “That creeped me out a bit, but I could hear a loud-music-playing aid station and that kept me going.”

DiCarlo finished well after dark, mustering up the energy to turn a cartwheel at the finish line.