TriColumbia began with the Columbia Triathlon, an Olympic distance tri founded in 1984. The event was a harbinger of spring and a charity race. When the race turned into an organization, as good races do, that organization was a nonprofit.

TriColumbia is a 501c3 nonprofit hosting a variety of races in the mid-Atlantic region, from running races to ChesapeakeMan, a full iron distance triathlon. The race company itself donated $200,000 directly back to its host communities last year alone, and enabled participants who race for a cause to raise nearly $500,000.

Kari Ebeling is the race director for TriColumbia, overseeing a nine-race season and a staff of seven.

Ebeling agreed to take on the gauntlet of questions we’ve been posing to race directors all year:

“I think that there are a lot of behind-the-scenes costs,” Ebeling says. “Registration platforms to process payment and registration, all the way to the permitting side to pay for venues and security. We pay to have police at every intersection.”

Ebeling sited rising costs to use parks and water venues, and the cost to provide medical support.

“It takes a lot of infrastructure. Fencing, for example. I don’t think athletes really have an idea of what that can add up to,” she says. TriColumbia also pays for security at the transition area for races in which participants leave their bikes overnight.

“We have as an organization tried to implement environmentally friendly policies,” Ebeling says. “For example, we don’t let anyone bring in trash bags to cover their bikes. They can purchase bags that are made to cover a bike and they don’t go flying off into the lake.”

Ebeling says Eagleman volunteers work to separate trash and recycling after the race.

“A lot of it comes down to ownership by athletes. We can provide receptacles. We can provide more bio-friendly cups. But we need people to do their part in putting it in the right place,” she says. “We have really smart athletes racing, but yet they throw their Gu things on the bike course and we’re picking up Gu packets for miles.”

“People don’t mean to drop things. But if people went in with the intention that everything I take in I’m going to pack out, it would help. The race course is not a huge trash receptacle.”

“Our first priority is that its going to be a great race experience for the athlete. The second thing is how can spectators easily traverse the race course,” Ebeling says.

Ebeling says increasingly the company is mixing shorter distance events into their longest events, so family members can participate in the swim only, and then cheer on a triathlete completing the rest of the race. “If they just wanted to do the swim portion or just wanted to do the marathon, they can. You could do a 10-miler or you could do an Olympic triathlon, rather than standing around all day.”

“We highly encourage family not to cross the line. We have backdrops after the finish line for pictures and we can have loved ones put medals on their athletes. Not that we wouldn’t love to have family members, but it becomes a safety issue.”

Ebeling says she once saw a mom pick up her 1-year-old child and carry her through the finish line, but another athlete was speeding through the chute trying to get a personal best time and running as hard as possible, trying to pass. Ebeling was fearful that the child would be injured.

“Not everyone is doing it for the journey – Some people are really going crazy trying to get a certain time in the finish chute,” she says.

“It’s kind of like speeding,” says Ebeling. “People speed all the time and not everyone gets a ticket.”

Ebeling says following the rules leads to a safe race.

“We put the rules in the athlete’s guide. Very few people have ever read the USAT rule book,” says Ebeling, citing intricacies that can be confusing and counter-intuitive.

“We’ve been trying to put some of the information into dropdown boxes in our registration, to make sure you agree that you’ve read everything, and you have to click it.”

But Ebeling is a realist.

“Just because you click it doesn’t mean you’ve read it.”

She says race staff do everything they can to direct people to the race guide, from linking to it in email blasts to refusing to answer email questions with anything other than a link to and a page number in the athlete guide. Staff feel this encourages people to bite the bullet and open what can often be a large electronic document.

Ebeling says TriColumbia now has it’s own app, so athletes can access the Athlete Guide via smartphone, and view the course.

“We’re trying to find the athlete where they’re mostly living, which is on their phone,” she says.

Ebeling says providing a safe race means starting with the rules and going above and beyond.

“If you have USAT sanctioned events, you know you are going to have one lifeguard to every 50 swimmers. We’re taking that and expanding it so that not only have we met the sanctioned requirements, but we’re going beyond.”

Ebeling says TriColumbia has introduced “resting rafts” at the directional buoys. They are in the shape of a figure eight and designed so swimmers can link an arm through the side.

“When you need to adjust a goggle or catch your breath, you’re not just out in the open water. It’s a different level of comfort when you know that it exists,” says Ebeling, and the rafts help educate athletes that they are allowed to stop and rest on the swim, as long as they don’t have help making forward progress.

“They’ve been used a lot, especially in some of our sprints, where people are just trying the sport out and maybe have never done the open water swim before,” says Ebeling. “I wish that we could make it mandatory for every athlete to have been in open water before, but that’s hopefully something that athletes who are coming into the sport are making sure they’re training well and that’s part of the training process for them.”

Ebeling says she looks forward to the day when timing chips transmit GPS data, so race staff can more quickly spot problems. But it still comes down to athlete responsibility.

“It comes back to athletes taking ownership of their own bodies and knowing when they need to hold back instead of try to push through,” she says. “We have something in every Athlete’s Guide called “Live to Tri Again” about what happens in the water. We make sure that athletes read that.”

Ebeling says she’s proud of the organization TriColumbia has become, holding to its nonprofit mission.

“Our unique position is that a huge majority of your race fees is tax deductible. At the Irongirl event, everything but $30 is tax deductible,” Ebeling says. “We’re changing lives by supporting communities and charities.”

TriColumbia is also bringing a triathlon program to physical education classes in the middle schools and high schools in the area. TriColumbia pays to take field trips to the pool and hires instructors.

“I am amazed constantly at the number of our youth who do now know how to swim and don’t know how to ride a bike,” she says. “These are things we took for granted growing up.” 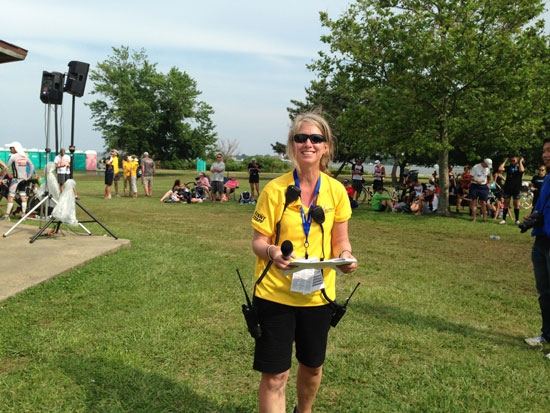 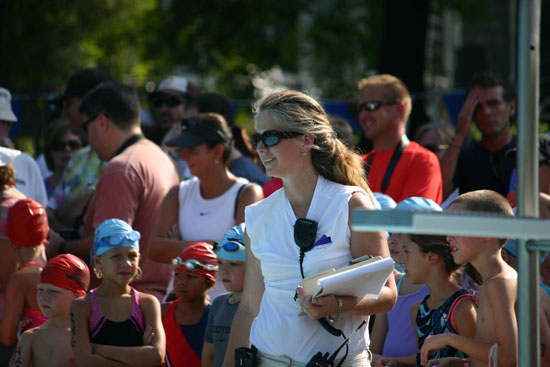 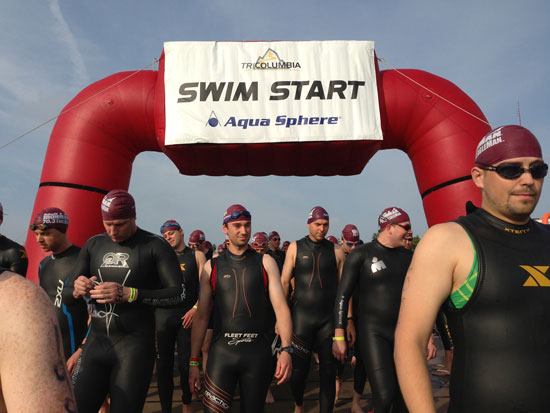