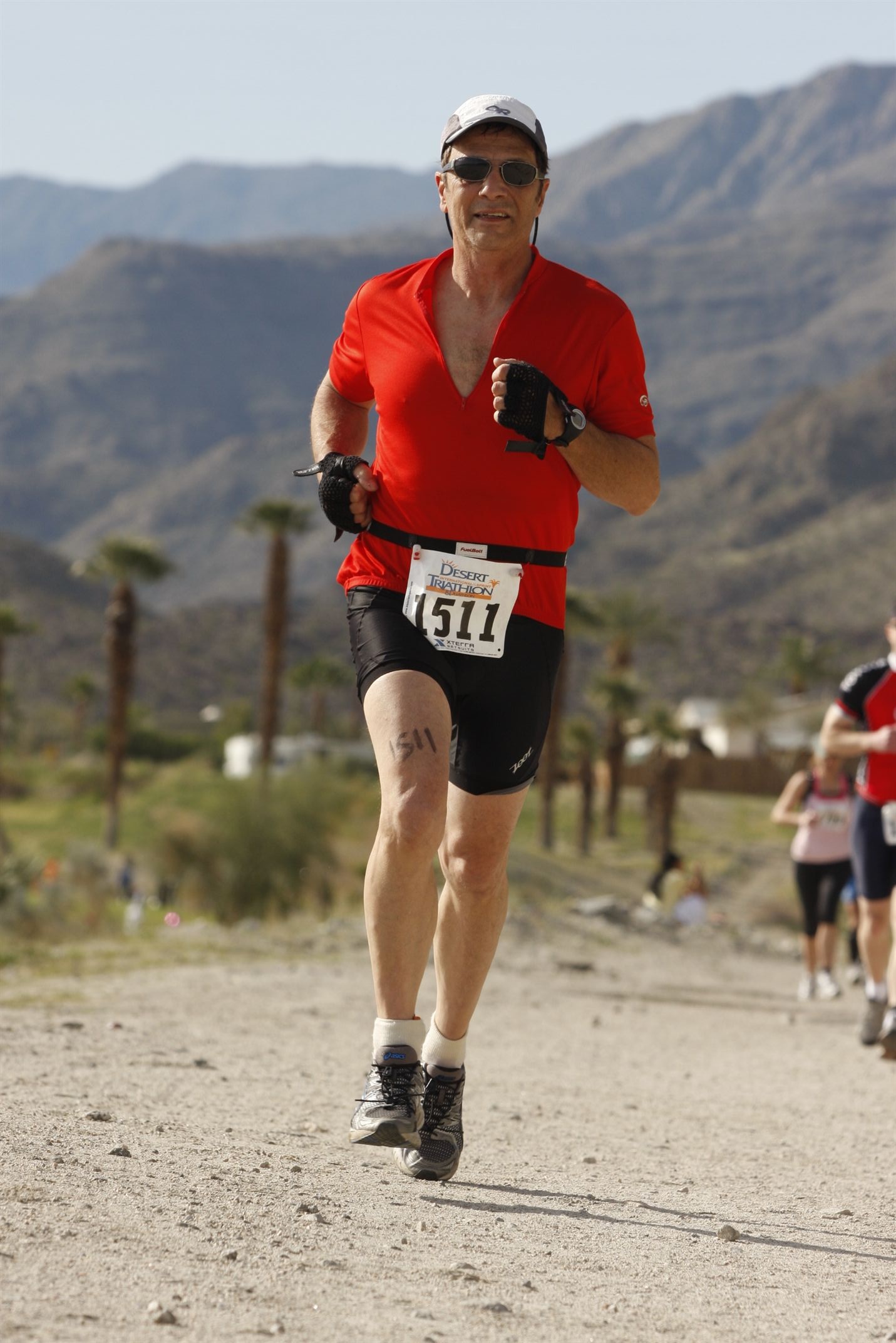 One of the things that makes triathlon alluring is that athletes of all ages and abilities compete together in the same race.

On April 20, in California, they will compete together on a world stage.

The 2013 ITU World Triathlon Series is making its rounds in eight cities, as the world’s top triathletes compete for the title of 2013 ITU World Champion. The initial races determine ranking for the Grand Final on the 2012 Olympic course in Hyde Park, London.

In typical triathlon fashion, elite racers from around the world will be sharing the course with the vast sea of triathletes who squeeze training in between work and family responsibilities.

Two BeginnerTriathlete.com members answered the call to tell the story of how they came to be tapering down for the Omegawave World Triathlon San Diego ITU race.

Bob Altieri of San Diego, goes by Bob_A on the Beginner Triathlete forums.

Altieri is racing as a 62-year-old, since that will be his age this summer.

He says he doesn’t view his training as much of a sacrifice. 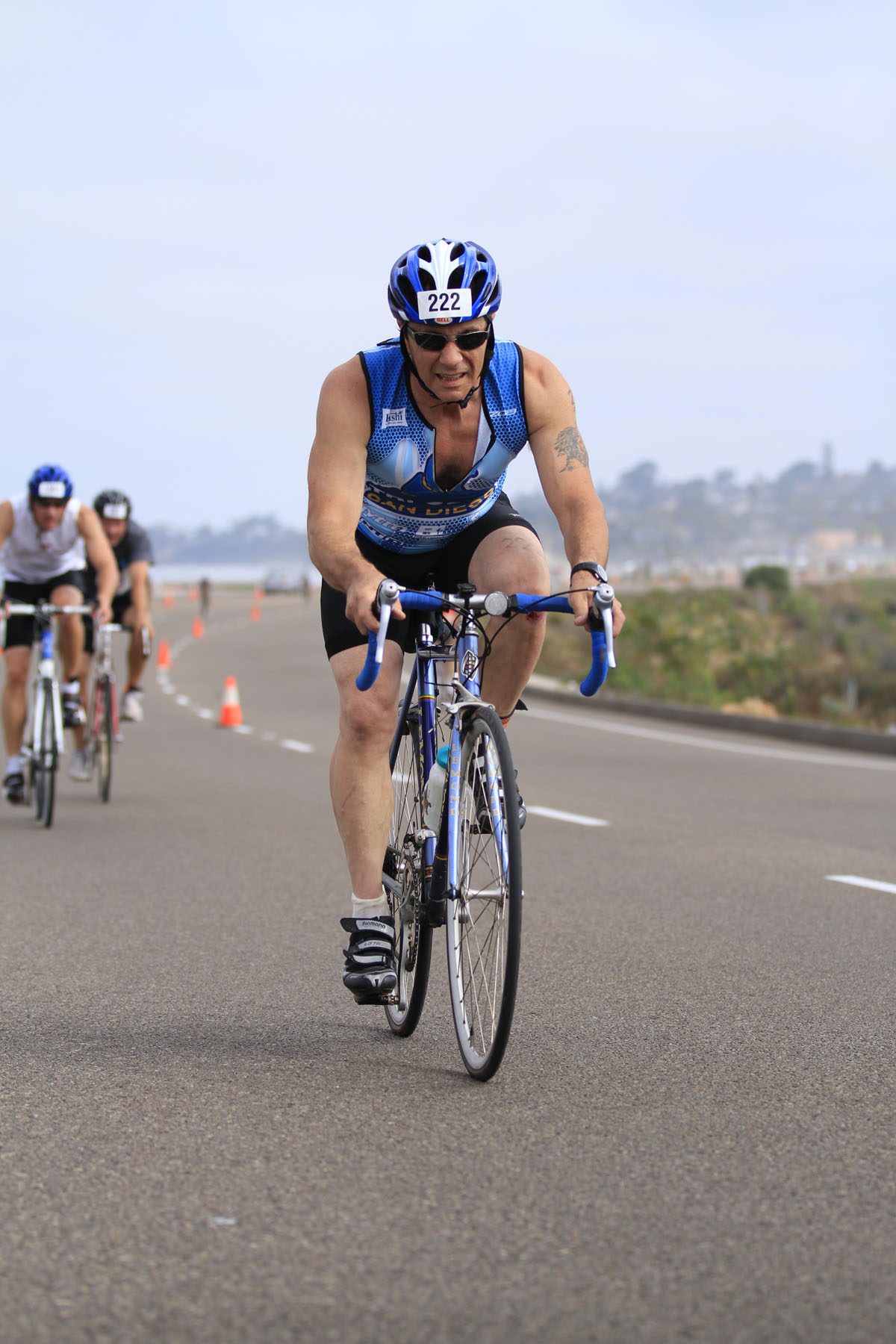 “I dedicate a lot of time to training and studying,” says Altieri. “I don't feel I've made any real sacrifices because the training pays off when it comes to my health, fitness and overall well being. I consider it time well spent.”

Altieri balances training with his job as a machinist, repairing aircraft parts. Bob’s training logs bear witness to a great deal of strength training he performs to augment his swim, bike and run fitness.

He has also been doing open water swims in the Bay to acclimate to the cold water prior to the race.

Steve Lutz is a 58-year-old age grouper who trains 10 to 11 hours per week in the swim-bike-run sports, plus one or two hours of strength training. 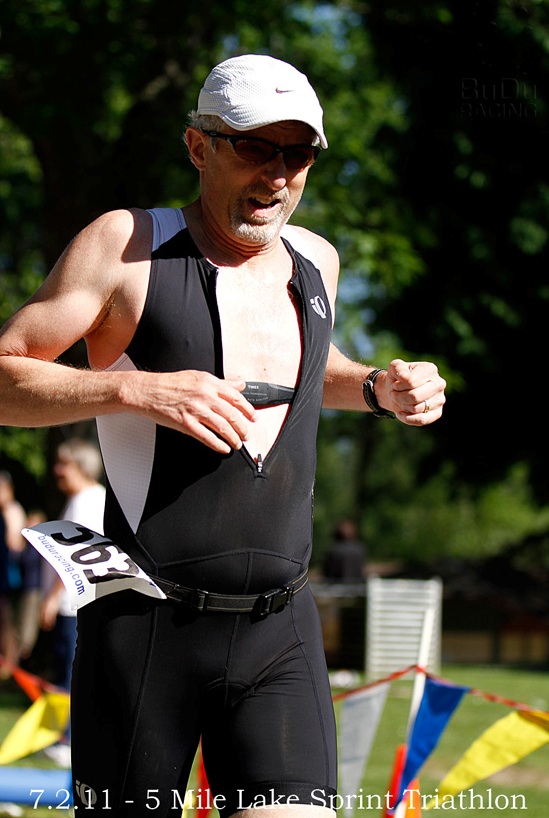 Lutz (lutzman is his screenname on BT) also doesn’t consider time spent training to be much of a sacrifice.

“I need more sleep, am less likely to go out late, and have to schedule social events around training.  But it works,” Lutz says. “My wife gets to go on nice vacations when I race.”

Some of his races that make nice travel destinations include the Lavaman in Hawaii, the San Diego ITU race, and the USAT Nationals, which are in Milwaukee this year.

Lutz, who is Executive Vice President of Nielsen Perishables Group, lives about 2.5-hours from Seattle in Wenatchee, Wash.

“I'm only on my third year of triathlon, so I'm still relatively new at the sport,” says Lutz. “I'm having a lot of fun, have qualified to race at the Age Group Nationals, and made the USAT Honorable Mention list for 2012 (top 10 percent).  So, I'm doing OK.” 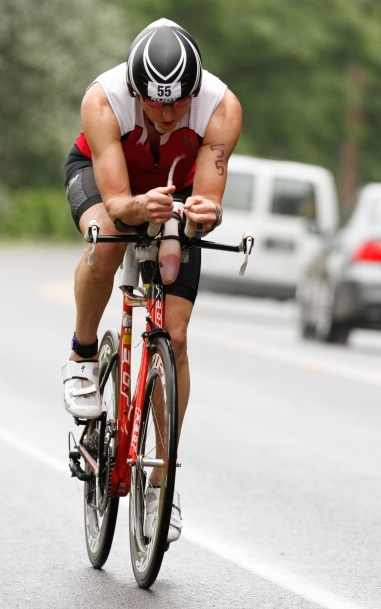 Lutz says he was inspired to be a triathlete in 1985. He was a fast runner, enjoyed cycling, and wasn't too many year out from his high school swim team days.

"I went out and spent a bunch of money on a nice road bike to get ready to go," Lutz says. "Then, an unexpected job promotion, a move to a new city and the birth of the first of my three sons derailed the triathlon plan."

"But the dream never died."

30 years later, with his kids grown, he went bike shopping again.
Lutz had been running marathons successfully and feels healthier and less injury-prone now.
"I could absolutely count on being injured at some point during a 12 week marathon training program," he says. "So far, I've never experienced a triathlon injury that's caused me to miss any training weeks or races."
Lutz, who primarily trains alone due to an unpredictable travel schedule at work, crafts training plans that are a bit heavy on swimming and include good recovery time. As an aging athlete, he says his focus on recovery and strength training seems to be paying off. He does swim-bike-run about 10 hours per week, which works out well for the sprint and Olympic distances.

BTers can watch the race live at the following link: http://sandiego.triathlon.org/watch_live/

Or comment on the progress of BT members on the official race thread here: http://www.beginnertriathlete.com/discussion/forums/thread-view.asp?tid=483955