Once again, a fearless race director has agreed to take questions from Beginner Triathlete about why races are the way they are. Jim Rainey, head of Georgia Multisport Productions, has been producing triathlons for 20 years. He lets us behind the ropes and the registration table for our fifth article in the BT Race Director Series.

Rainey is himself a triathlete, having become hooked on the sport in its early days. His first triathlon was in Florida and had a bike-run-swim format. Rainey describes the primitive transition area this way: “There was duct tape put in a square in the parking log, and just had to put your bike in that square.”

Most triathlons are considerably more well supported these days, and Rainey has been part of that transition. About 20 years ago, Rainey was a member of a triathlon club that wanted to put on a tri race. An event organizer by trade, Rainey had put on a couple of 10K running races a few years before, and volunteered to lead the charge with a lot of help from the club. He and the club offered one triathlon each year for six years, and enjoyed the endeavor. After that, he unexpectedly moved into race directing full time in 2003.

“Like so many guys in my age group, I got caught up in the downsizing of companies,” Rainey says. “I didn’t want to go back to the real world, so I started this company with a partner.”
“I always like organizing events, putting them on and seeing what happens at the end of the day,” says Rainey.
But there is something special about a triathlon.
“By the time I get to the Star Spangled Banner on race day morning, seeing everyone waiting at the edge of the water, I say ‘This is going to be a good time.’ It makes it all worth it,” he says.

Rainey has enough experience as a triathlete to know what makes a good race, and he keeps up his status as a triathlete.  He raced three sprints last year, and also competes in mountain biking and duathlon. In 2014, he finished a half dozen triathlons, including the Beach to Battleship half-iron race.


Rainey has also completed an Ironman. He has mixed feelings about the distance, especially as the race director of a series of local sprint and Olympic distance triathlons.

Rainey is not afraid to assert that Ironman is squeezing out the independent race companies. It was a trend several years ago at the iron-distance level, and now Ironman is increasing the number of half-iron and Olympic distance races it produces, further cornering the market, he says.

“I think the idea that you’ve got to be an ironman in order to be a triathlete is a really bad idea. If people continue to not support local races, people like me are not going to be able to survive. We are the grassroots side of this business,” he says. “People need to start supporting local races more. People are spending their whole life trying to figure out how to do an Ironman, at the expense of all the local race directors.”

Rainey says he blames the race community itself, too.

“We talk about ironman. The magazines all publish about Ironman. You can go to a gathering of 10 triathletes and nobody says ‘When’s the last Olympic distance race you’ve done?’ It’s all about Ironman, Ironman, Ironman,” Rainey says. “We really need to start thinking about sprints and Olympics again in order for this sport to keep growing. We’ve got to start paying attention to the age-group athlete more and getting him to come back into the sport or not leave it.”

Rainey says the obsession with Ironman often leaves athletes choosing a big race that has a high entry fee and travel costs, leaving nothing in the budget for local races.


Other than being outspoken and unafraid of the elephant in the room, Rainey says he is also differentiated from other local race companies for making races have a big event feel.

“We have fencing and finish towers and an announcer. We have music all over the place,” he says. “It looks like you’re at an event, instead of where somebody decided to draw a line in the sand and have a race.”

He says some of the long-standing races have a certified race director other than Rainey, which allows him to put on his goggles and join the athletes after helping to set up.


What goes into it 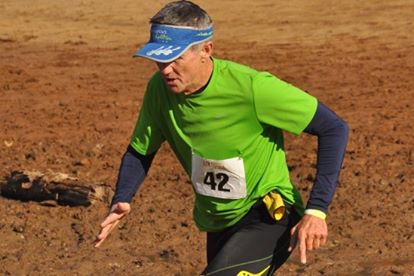 Athletes often don’t grasp just how much work and expense goes into a race, according to Rainey.
“We’ve had some athletes come out and if they volunteer for a couple races we let them race for free, and when they do that, they say, ‘I just didn’t realize how hard this is to do.’ It’s a lot of moving parts and it’s all got to work on race day or else you’ve got a really bad day on your hands,” he says.

Rainey says Georgia Multisport Productions works to be exemplary at creating a fun event that is customer-friendly and flexible. He hopes that will be enough to keep attracting athletes to sprint and Olympic-distance races, despite the lure of longer, more expensive events.