It Takes Heart Part 1: From Triple Bypass to Triathlon.

From triple bypass to triathlon. I am now just two days away from the Pacific Crest Half-Ironman.

My desire is to make this the first in a series of articles chronicling my road to Kona, Hawaii. I must admit I'm new to the triathlon scene, but not to competitive events. I hail form Eugene, Oregon, the self proclaimed "Running Capital of the World," and have run many sanctioned races there and throughout Oregon. As you read this article I want you to keep three things in mind:

#1- I lost my father to heart disease when I was six years old.
#2- I've tried to maintain a healthy diet for most of my life (I'm forty-six).
#3- Exercise and fitness have always been of keen interest to me.

I made a decision in late August of 2004 to run the Portland, Oregon and Seattle, Washington marathons back to back. Since the runs are held in the fall (October for Portland and November for Seattle), I knew two months was not enough time to train for them. Therefore, I began in earnest in September 2004 for the 2005 races.

By early April I noticed a disturbing phenomenon occurring when I ran; my windpipe felt as though I'd breathed in cold air for an extended period, and I also found it difficult to do long runs. In fact, I went from nine miles to one mile in a matter of weeks. Obviously something was wrong, and a treadmill stress test revealed a blockage in my coronary artery. An angiogram showed the blockage to be at the bifurcation, or split of the artery, and the only way it could be fixed was through open heart surgery.

April 25th, 2005 I had a triple bypass, and the doctors told me I wouldn't be running any marathons for a year. But what do doctors know? I decided to prove them wrong, so when I received clearance to run again in late June I did. Aaron, the technician at the Pulmonary and Cardiac Rehab Center in Eugene, gave me weekly instruction and training that guided me to the starting line of the 2005 Seattle Marathon seven months and two days after my surgery. I finished the race twenty-one minutes faster then my previous time!

Full of confidence I decided to set the bar even higher and prove to other heart surgery patients that they can live a full life. In February of 2006, I started training for a full Ironman triathlon. I've completed two sprint triathlons so far here in Oregon, and am just two days away from the Pacific Crest Half-Ironman tri held in beautiful Sunriver, Oregon. My plan is to attempt to qualify for Kona at the Couer d' Alene Ironman event in 2007, and until that event I will keep you up to date on my progress. Meanwhile, keep training. 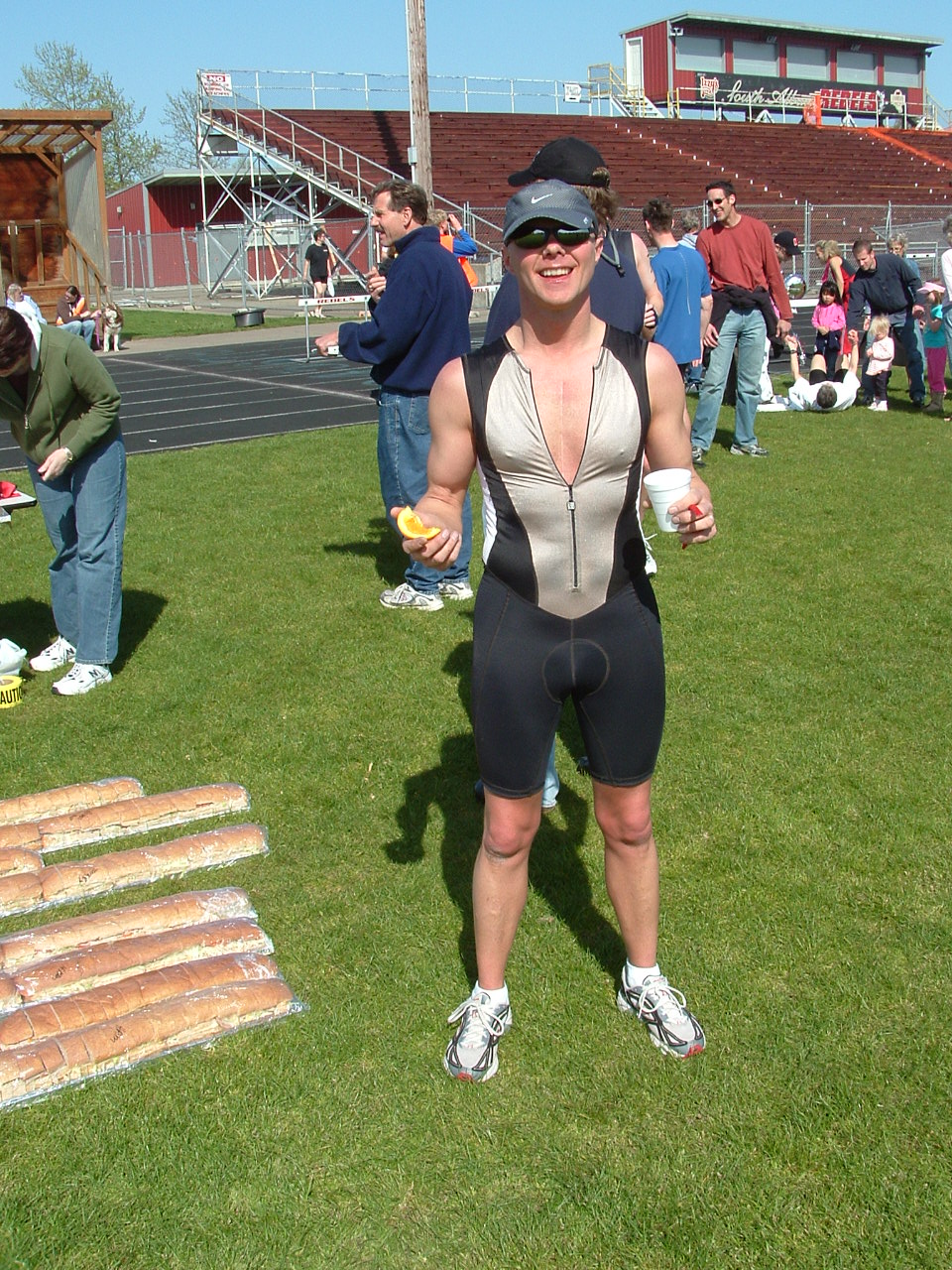