This article estimates how much time can be saved in sprint races by converting from stock aero wheels found on most tri bikes to more aero disk and composite spoked wheels.

A common question that pops up on triathlon bulletin boards revolves around the advantages of aero wheels. As a part time employee at the local bike shop for the past 10 years, I have heard the question in various forms repeatedly. The inevitable question boils down to this: “Is the expenditure on better, more aerodynamic wheels worth the time savings?”

Excellent data exists comparing the advantages of different wheels, and most show very similar results. Much of the data commonly cited gives performance advantages for the top aero setup vs. a standard box rim road wheel. But I wanted to determine the advantage of a top aero setup over a stock aero wheel provided on a middle of the road tri bike. The figures given in the Inside Triathlon article titled “Hot Wheels: Choosing Aero Wheels” by Curt Nordgren state that the time advantage of a “more aero” wheel is 50-70 seconds over a 40k race. Nordgren states the advantage of the “most aero” wheels to be an additional 10-20 seconds. The latest data being discussed in the magazines and on the boards is that from Mark Cote at MIT. The Cote data does not give the top end aero wheels nearly as much of an advantage as the data cited by Nordgren. In fact, the Cote data only give the top aero wheels a 44 second advantage over the box rim standard wheels.

Sources of variation from the experimental data are many, complex, and, in some cases, immeasurable. One of the variables in favor of the top end wheels is the fact that baseline speeds for wind tunnel test data are generally around 30mph. If the experimental wind was reduced to 22.5 mph (about my average speed in a sprint race), the time saved would probably be slightly more over the same course distance than the cited data suggest. Working against the advantages of the top end aero wheels is the fact that most of the data showing advantages to aero wheels are derived using ideal wind conditions. Due to course layout, these ideal conditions would exist during some parts of the bike course of a triathlon, but not all. On an out and back course, for example, if the ideal wind profile exists on the way out, one could expect to realize close to the predicted experimental time saved. On the way back, however, the time saved would be somewhat less than the times derived under ideal conditions. In other words, the actual time saved will probably be less than the time saved under the experimental conditions.

In a nutshell, from the chart below, I will be calculating the theoretical advantage gained during a race by replacing my Bontrager Race Lite Aero wheels with a composite spoked front wheel such as the Hed 3 and a rear disk such as the Hed disk or Zipp 900 as an example, making my bike the 'most aero' that it can be in regards to wheelsets.

My race setup was a stock Trek Equinox 9 with Bontrager Race Lite Aero wheels. The Bontrager wheels have a 31mm aero rim with 16 bladed spokes and would be considered “more aero” according to Nordgren. But since the Bontrager wheels were not a really deep dish aero wheel, like the Hed Stinger or Alps, I chose the lower time advantage of 50 seconds (instead of 70) over a normal box rim in a 40k race. I then chose to use the greatest time advantage of the “most aero” wheels of 20 seconds. By choosing to give the Bontrager wheels only a 50 second advantage over box rims, and choosing to give the maximum 20 seconds additional time saved to the most aero wheels, I felt that I would be giving a generous benefit of the doubt to the most aero wheels. Using the stated figures, I set the advantage of the “most aero” wheels at 0:40 over my stock Race Lite Aero wheels.

The basic formula was:

To determine time savings in each race should I have used the best, most aero wheelset, I multiplied the expected time saved over 40 km by the actual race distance and divided by 24 miles (or 40 km).

I tried to give as much deference to the most aero setup as possible. Admittedly, the method outlined is not entirely accurate. But extrapolating experimental data to actual performance isn’t totally accurate either. The benefits of aero wheels would likely be less in a real world scenario than estimated with my procedure outlined above. I do have confidence that the method gives a reasonably close estimate of the maximum time potentially saved given all of the variables that can’t be accounted for through experimental procedure. 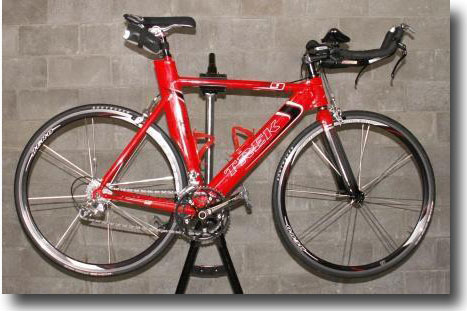 Conclusion
Time potentially saved in each race can be seen in the data tables above. Theoretically, the aero wheels would have given me an additional 23 points in the overall standings of the TriMinnesota series. This would not have increased my ranking in the overall standings. Assuming similar results for all racers in the top ten, the 23 points may have moved the eighth-ranked racer up to sixth if he was not racing on top end aero wheels. (I do not recall the type of wheels he was racing.) The number two racer was using a disc in the rear, but I do not remember if he was racing with a composite spoke front wheel. The wheels would have moved me up two places in the Chain of Lakes race and not changed my position in any of the other races.

Discussion
For the average triathlete competing for age group awards, an expected, ideal, theoretical advantage of 22-34 seconds in a sprint race is very small, but may indeed be the difference between being a spectator at the awards ceremony and appearing on the podium. A reasonably priced set of wheels that include a disc in the rear and a composite spoked front wheel would cost at least $800, if one can find such a set on the used market, and over $1100 if new. Such an expenditure would have resulted in zero gain in the overall standings for me in the Tri Minnesota series, and two places gained at best for one other racer in the top ten.

My livelihood, reputation, and personal satisfaction do not depend on 22 seconds...and apparently, neither did my overall position in the Tri Minnesota Series standings. One may derive great personal satisfaction from owning an excellent piece of engineering. One may get great satisfaction knowing that they are racing on the best equipment used by the best in the world. Two places in the overall standings of your favored triathlon series may mean a lot to you. All are valid reasons for purchasing the best wheels out there. But if you already have an aero wheel set on your bike, you will not see an incredible increase in your performance by upgrading to the most aero wheels.

You can also similarly apply this treatment of the data to your own wheelsets and future upgrades comparing them to your race results-all variables assumed to be unchanged (bike training/fitness, race conditions, etc).

David is married with two children. He works as a High School Science teacher teaching courses in Biology, Environmental Science and Human Anatomy and Physiology. He has worked for the past 10 summers at Northern Cycle in Park Rapids, MN.

David has been competing in triathlons for the past four years and has placed in the top ten of the Tri Minnesota series for the past two years.