There is No Finish Line

It was a cool, crisp September morning, the sun just beginning to offer a shallow warmth as it peeked over the mountain tops of Harriman State Park in Downstate New York. The trees had not yet begun to give up their leaves and the mainstay colors were still greens and browns on the edge of turning towards the bold reds and orange bursts of October Autumn. The lakes were calm and placid, a welcome indicator that there was no wind.

I noticed little of this, however, as I was working hard at keeping an average speed of 20 mph while working my way through the rolling hills of Kanawaukie on my lightweight, tech heavy, time trial racing bike. Made of an aluminum frame and carbon fiber forks and stays, the steeply angled bike is designed to put the rider in a position to take maximum advantage of aerodynamics.

It was the Silvermine Time Trial, the last race of the season for many, and somewhere behind me my three teammates were cocooned in their own world of sweat and work and pain. Time trials have been called “the race of truth” owing to the solo efforts of the participants, racing against the clock rather than each other. There is a cold honesty in time trialing not present in its pack driven relative of road racing.

The four of us are what you would call Master’s class bike racers, a club into which the only membership requirement is getting older. For three of us, me (Eric J, now 48), Frank Finochio (age 54) and Frank Priest (age 57), this has been our first season of bike racing. David Hoechster, the baby of the group at 39, is a former racer back in the game after a 12 year absence. We found each other a little over two years ago out on the roads of Rockland County and have been chasing each other ever since.

We have come to be known by friends as The Four Horsemen, racing our carbon and steel steeds on weekends and comparing our latest equipment upgrade designed to lighten our bikes or give us an easier time of climbing. Three of us ride carbon fiber racing machines designed to be light and stiff while dampening the road chatter. Our fourth rides a titanium frame tricked out with carbon components for a combination of materials designed to be stiff, light and durable. But most of all they just look cool.

In truth, this is not a story about bike racing. In fact, racing is the smallest aspect of what we do throughout a year of cycling. It is really the story of four kids riding around the biggest backyard anyone could ever hope for.

Most of the cycling year is filled with training rides consisting of endless hours of pedal spinning and saddle time. Riders come up from New York City daily and in the thousands on weekends snaking their way up 9W to ride the Lower Hudson Valley’s stunning countryside.

“We are blessed, EJ,” Frank said to me on one cold winter morning while we rode with the Congers Reservoir to one side of us and snow laden railroad tracks on the other. “People from the City ride all the way up here to enjoy this. We just walk out our front door.”

Winter is a wondrous time to be outdoors here in our great backyard. Whether you are riding, walking, or running, the highways, byways, back roads, and forest paths are endless. This was driven home to me on a ride up into Harriman State Park one frosty day when the snowflakes danced around on pockets of air before coming to rest on the ground. The park was full of life as cyclists rode through the scores of hikers just starting up into the hills for a day in the woods. One backpack laden adventurer waved to us as we passed, a kindred spirit wishing us well on our own journey as if we all harbored a secret we were only too eager to share with the world.

What I think I love most about riding here in “The Valley” are the choices we have. We can choose to ride up to West Point and enjoy the grandeur of climbing mountain roads overlooking the Hudson that, as one European visitor we met on the road described, “absolutely convince a person they are in the Italian Mountains.” Or spend a morning in Rockland Lake State Park riding laps on my fixed gear track bike, a pure kind of bike without gears, reminiscent of the bikes we rode as kids.

So with a backyard like this is it any surprise that four forever adolescents ride every chance they get? The rides have gotten a bit more serious over the past season, as racing demands discipline. But you’ll still find us rocketing down the hills of Rockland whoopin’ and hollerin’, or interrupting a training ride in Cold Springs for an ice cream on a hot summer’s day, or running around one of the many local bike shops salivating over the latest gear or the hottest frames, and wanting it all.

Which brings us back to racing, and why four middle-agers line up sometimes against kids half our age to suffer through the agony of an amateur sport as tough as bike racing and triathlon. Well, it’s like this: Remember when you were eight years old and you ran down the block with your friends as fast as you could make yourself go? You laughed until your lungs almost burst and always wanted to be the first of your friends across that imaginary finish line.

That’s really all we’re doing—running as fast as we can—except we’ve come to realize that there is no finish line. There’s the four of us, the Horsemen, riding and racing because together we came to remember what it was like to be eight years old running as fast as you can around your backyard.

We finished out the season cheering each other over the line with the mountains of Harriman State Park as our backdrop. Season 1 was in the books and we had stories enough to get us through the winter season when the riding gets a little slower and the tempo a bit calmer. Spring would be here soon enough, and all the kids will come out to play. Where will you be? 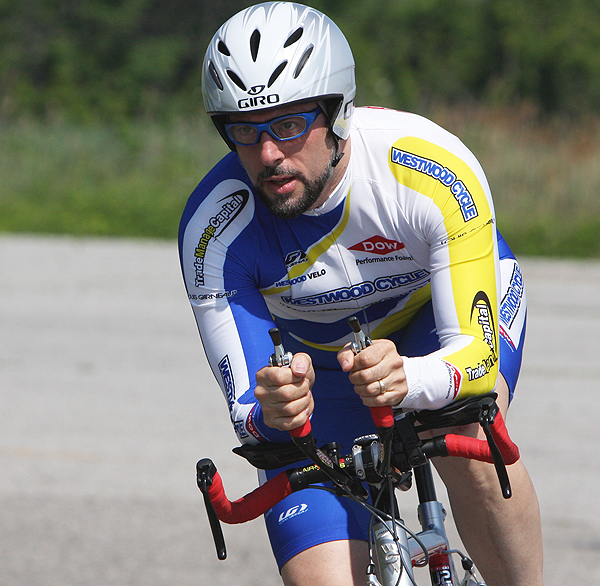