I've wanted to do a triathlon for a long time. I'm not sure what about smooshing three individually challenging sports together sounded appealing, but it did. As a native of the mountainous Durango, Colorado, I have been mountain biking for most of my life. I took up running as a high school student. Swimming is a pretty new addition. About two weeks before I left for my first year of college in Washington, I had a swim lesson to learn freestyle. I knew how to swim, but the form confused me...I honed my swimming while away at school. Soon I could swim a couple of laps without imminent death.

A sprint triathlon was scheduled in my college town about two weeks after the term was up, and I started training. However, my soccer class - twice a week on ridiculously hard fake turf - caused a re-occurrence of nasty, painful shin splints. Running was too painful to be pursued. I also had bronchitis the last two weeks of school. I never registered for the race, which is good considering I would have been physically incapable of completing it.

After an incredibly difficult last two weeks of school (thank you, finals and bronchitis), I headed home. I was hired as a full time lab tech in an environmental testing lab and became a tired - though happy and satisfied - working stiff. But the absence of my soccer class got me thinking about another shot at a triathlon. The sprint triathlon in my hometown was five weeks away, so I buckled down and trained.

Sometimes it took everything I had to go for a run, swim, bike ride, or - heaven forbid - a brick workout after a long day in the lab. But I was determined to not be derailed a second time. There was so much joy in training, in working hard toward something I wanted. I realized that I have such a love for all three sports, their particular quirks, hurdles, and accomplishments. Through training, I became not only more athletic, but also more sane (well, a little). Swimming, running, and biking are all so amazing for mental health, reminding me to appreciate the time I had carved out for myself, my body, and its capabilities.

Today I completed that sprint triathlon. Last night I was nervous, and I felt same this morning. I ate some oatmeal, drank some coffee, and gathered my things. I felt excited - and anxious - as I was marked with my number and set up my transition area. I watched and cheered for the swimmers in the first heat. Then, it was my turn.  I told myself that with a pirate flag swim cap, I couldn't go wrong. I started my swim too fast and had to slow down a bit. I felt winded getting out to head to my bike - my adrenaline made me push harder than normal. I transitioned to my bike and headed out.

Once I caught my breath, I had a great ride - great scenery, temperature, and pace. I felt great as I headed into my bike/run transition. However, it was getting pretty hot and as I started my run; I was a little worried about how I would do. It took a long time for my legs to feel vaguely normal again, and I was so hot I kept dousing myself with water to keep from expiring. Before I knew it, I was headed up the last hill toward the finish line. So, 500 yards, 13 miles, and a 5k later, I'm still grinning. (Still feeling the endorphins? Mayyybe, hahaha!)

As Emerson would say, "What lies behind us and what lies before us are tiny matters compared to what lies within us."

Give it a tri! 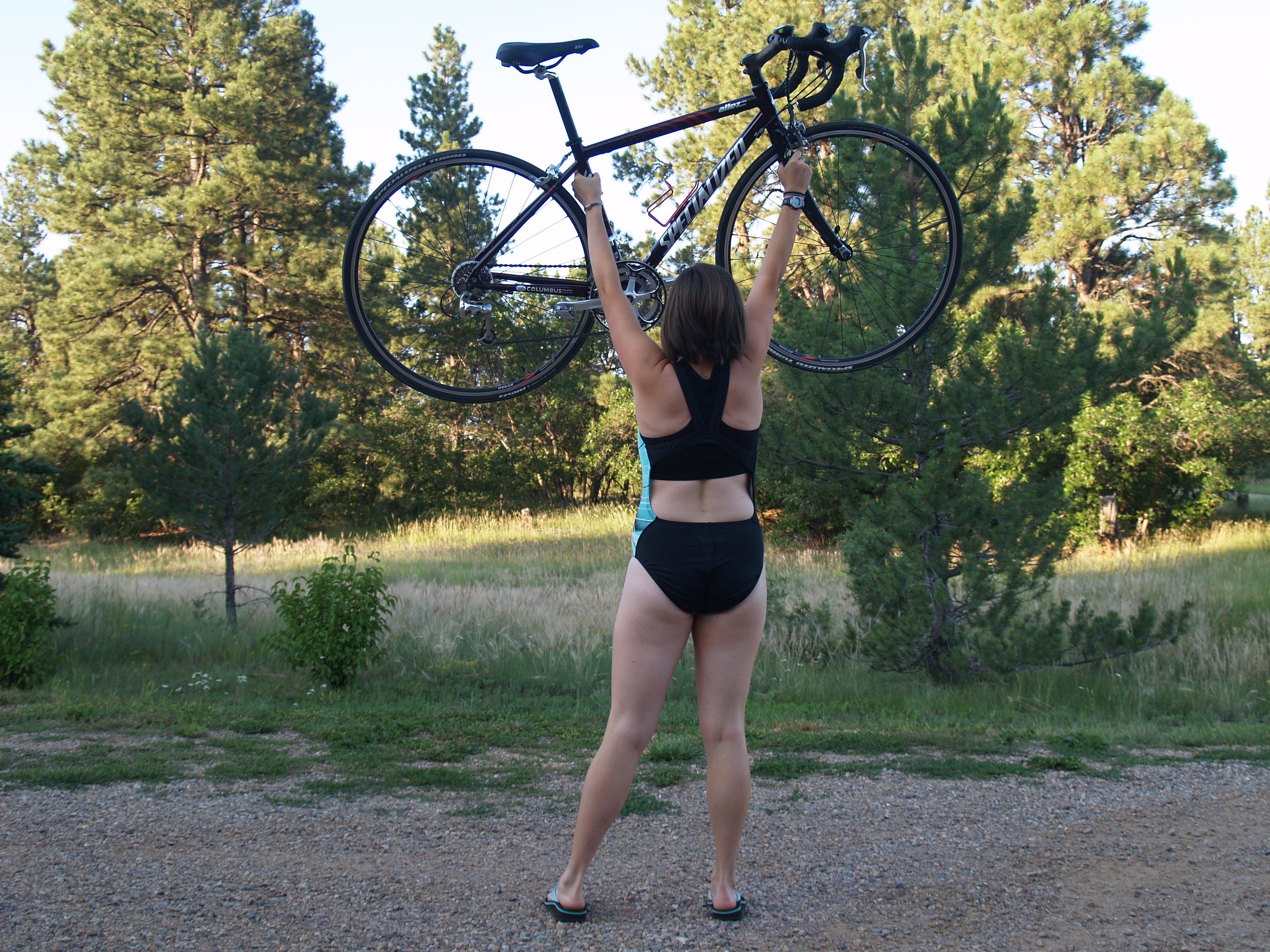 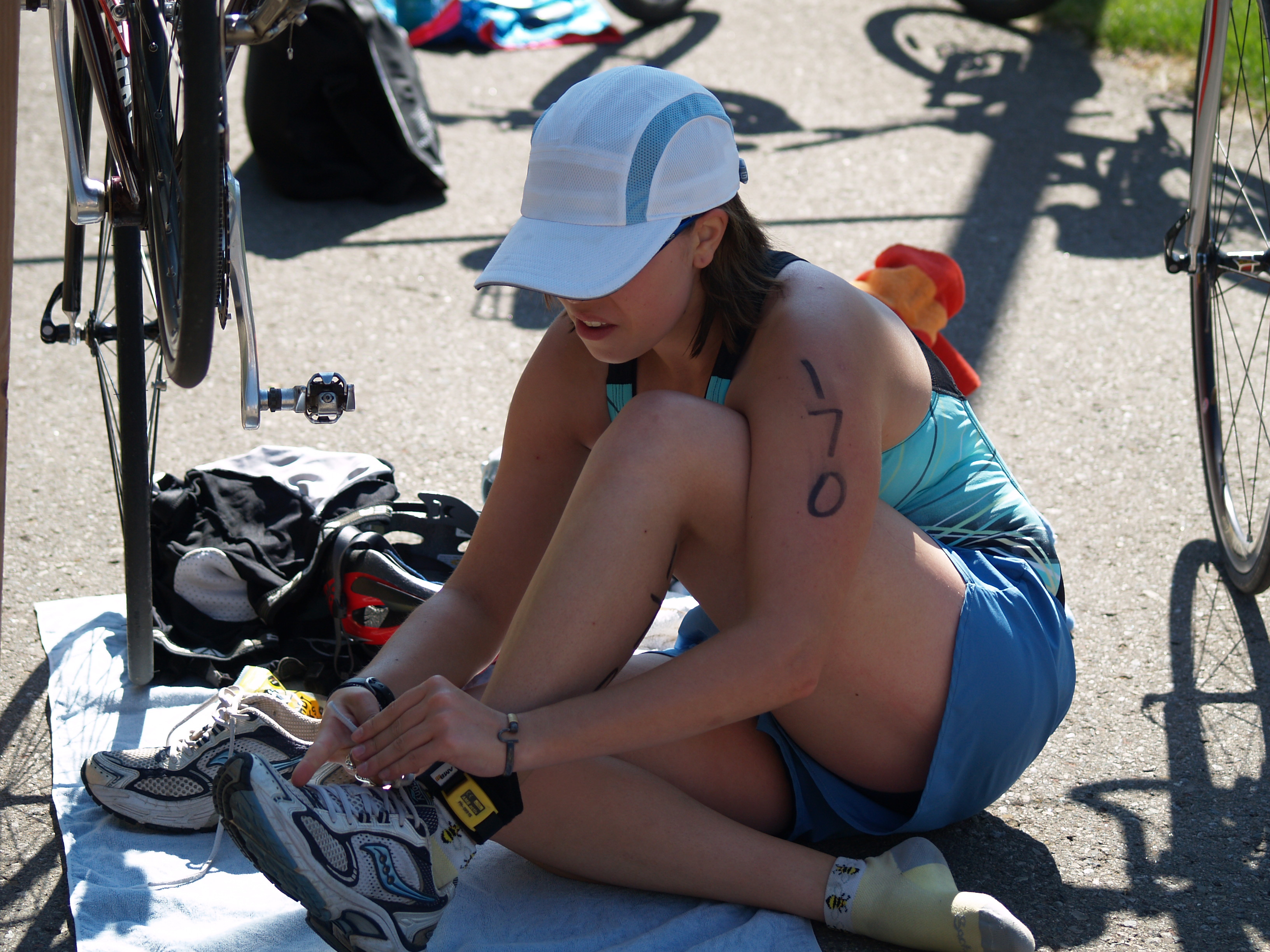 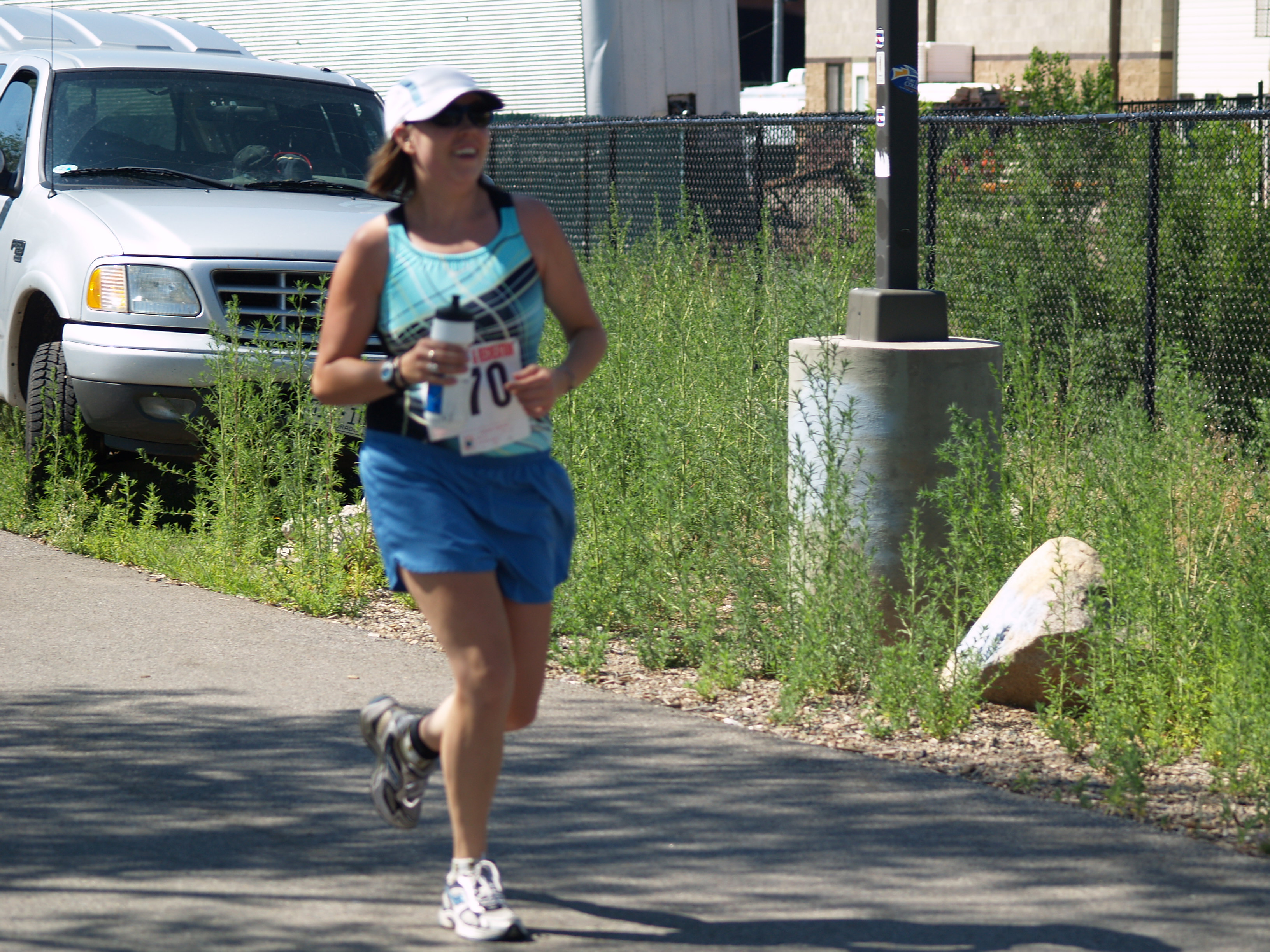