At the end of last year I was about 240 lbs. Then I signed up for my first triathlon. A few months later and 50 lbs lighter, I finished 3rd out 98 male first timers.

At the end of last year I was about 240 lbs. I then signed up for my first triathlon. A few months later and 50 lbs lighter, I finished 3rd out of 98 male first timers.

It is so true when they say that you don't forget your first triathlon. I sure won't. It was one of the most fun things I've ever done. But the journey there was very special as well.

As I said, at the end of last year, I was about 240 lbs and not very motivated to work out...not until I signed up for my first triathlon, the Lonestar Sprint Triathlon in Galveston, TX in April 09. All of the sudden everything changed. There was a sense of urgency. I had a deadline. There was no turning back. I immediately started Weight Watchers and began working out for my triathlon.

I had not been swimming since high school, so when I started it was very difficult and painful. I began swimming 10-15 minutes per day, twice a week. Slowly, week by week, I started getting more comfortable and going longer. I joined the Master Swim at my local gym, which really helped. For the bike, I began doing spinning classes twice a week at the gym, and started to ride my bike on weekend in local rides to get miles on the saddle. For the run (by far my worst of the three), I started to run on the treadmill. I have to say, I hate running...hate it with a passion. I never ran in my life (one of the reasons I chose to do the tri, in order to challenge myself). When I started, I would not go more than 10 minutes, at a 10 min/mile speed. Again, the more I trained, the longer I was able to go.

With the steady and consistent training and the Weight Watchers diet, the pounds started melting away. The more I lost, the better I felt and the longer and better I was able to train. I could see significant improvement in all three sports. It was awesome. On race day, I was 190 lbs and in the best shape of my life!!!

Now for the race. What an amazing event. There were just under 1000 people competing. Since it was my first triathlon, I was in the 'Male First Timer' wave. There were 98 of us. I recommend doing this if it's your first triathlon. I felt more relaxed and less pressured since everyone with me was also doing it for the first time.

The swim was in the ocean. One thing I would recommend is that if you haven't swam in a lake or ocean, don't wait to have your first time be the race. I did that, because when I was going to swim at a lake the week before, the weather got really cold, so I missed my chance. It wasn't so bad - no major waves or currents. It was just different since the water was murky and it was hard to see where you were going. Also, I never practiced starting with 97 other people...it was pretty wild. The second the horn sounded, everyone seemed to be swimming to the same spot. There were people all around me. I could feel them everywhere. It was a bit nerve-racking. It made me speed a bit just to try to get away from all the commotion. A couple of minutes later, things cleared out a bit, I got into a rhythm, and went on.

Getting out of the water took a few seconds. Your body gets a bit disoriented because of swimming horizontally and then getting on your feet. Take it easy on those first steps. T1 was pretty nice. Since I didn't use a wetsuit, I went straight to my bike, got my glasses and helmet on, got my bike and there I went.

The bike was nice. There was some wind, but nothing major. Do watch out for slower rides. One girl as I was passing and yelling "ON YOUR LEFT" seemed to have no clue what she was doing and just cut me off, throwing me into the other lane (incoming traffic). Thank God there was no one coming.

T2 was also nice. I got the bike back on the rack, took off my helmet, got my running shoes on, and off I went. Heres some more advice. Don't wait to have your first run outside instead of a treadmill be on race day. I also did that. It is a bit different running outside. I had no idea how I would do in the run, and at this point, I really wasn't too worried about it. I trained at about 9:40 to 10:00 min/mile and was hoping to stay around there. It took me a couple minutes to get my legs under me after the bike, so I went a bit slow for a bit. Then I thought that I must have missed the mile one marker, and all of the sudden I started getting worried that I wasn't getting anywhere. That made me slow a bit  since I didn't know how much more I still had to go. I finally passed mile two, and that made me feel better. I was feeling ok, so at that point I felt myself speeding up a bit. At the end, I finished 1 min/mile better than I had ever trained at.

The finish was awesome. My family was there to greet me. It was an amazing feeling. It was one of the most fun things I have ever done. I am so hooked in this sport. I have already signed up for two more races in the next couple of months. Oh, and to top it all off, we were hanging out after the race where they announced all the winners for all categories. All of the sudden, I heard my name being called. Third place out of 98 Male First Timers. WOW !!! We couldn't believe it. That was such a great surprise. It just really put an exclamation point on this fantastic experience.

But please don't get me wrong, it made no difference that I finished 3rd or 98th. The experience of participating and finishing the race is what really was special. The people, the camaraderie, everything. If you are thinking of doing one, go for it. You wont regret it. 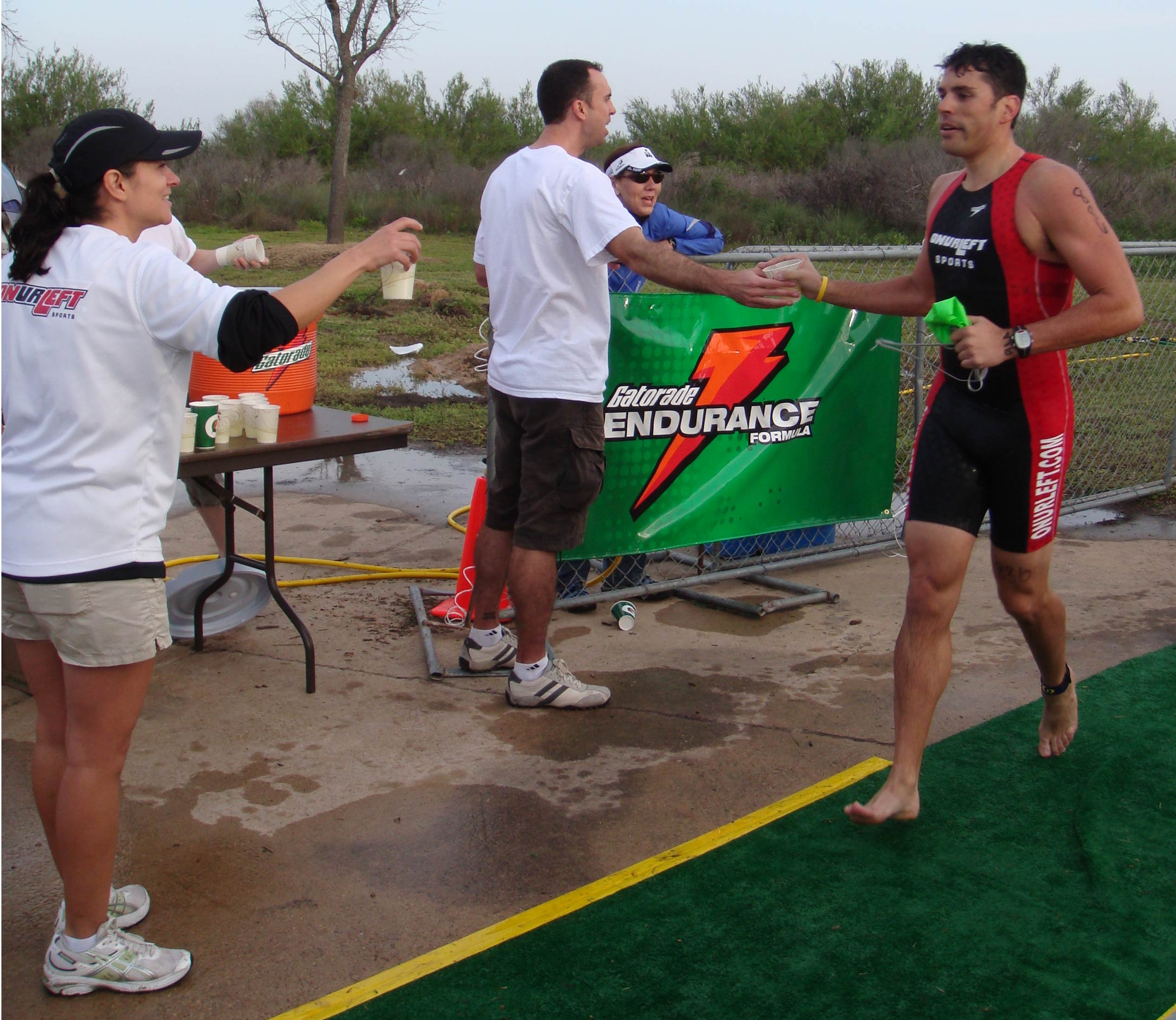 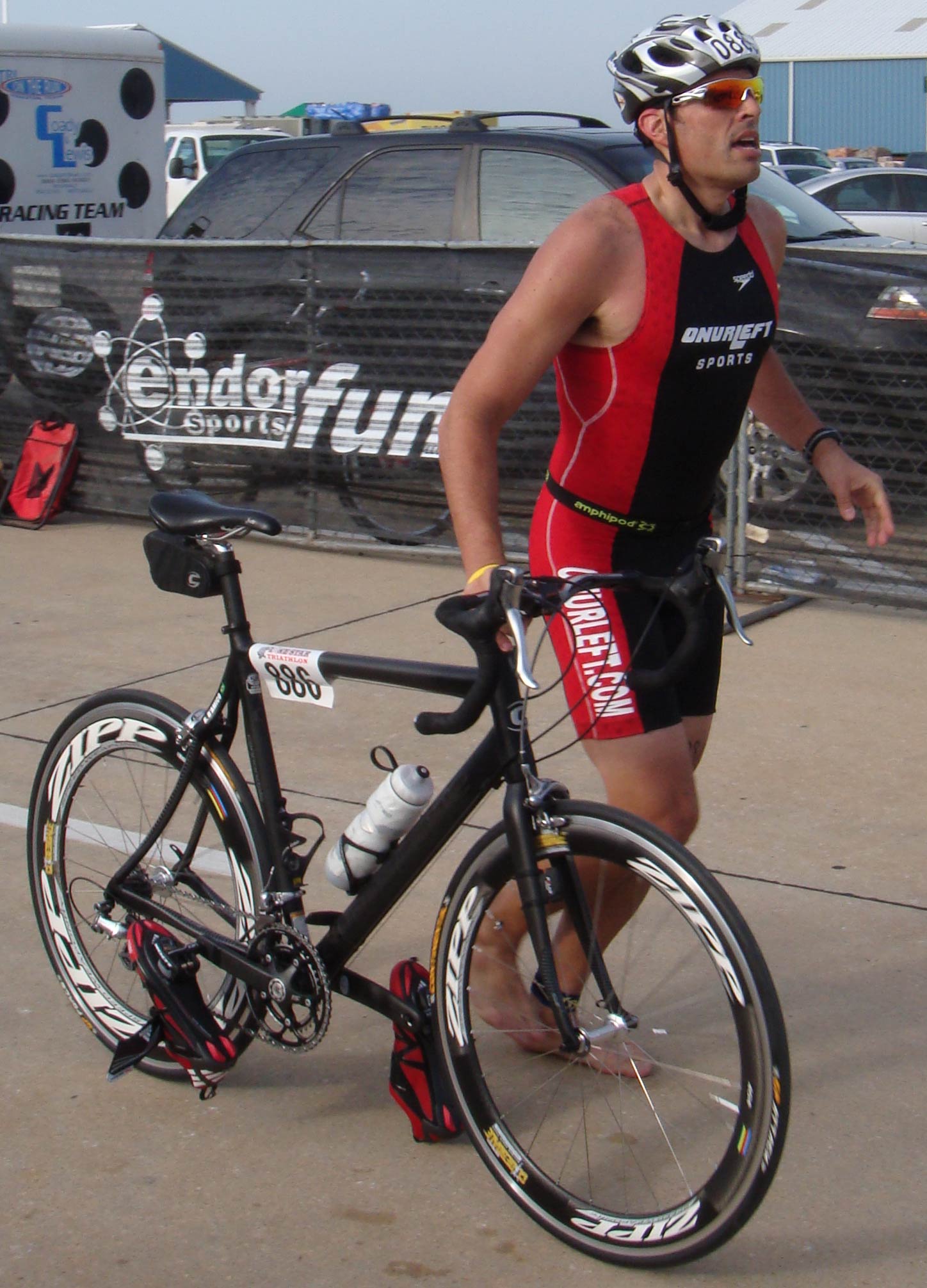 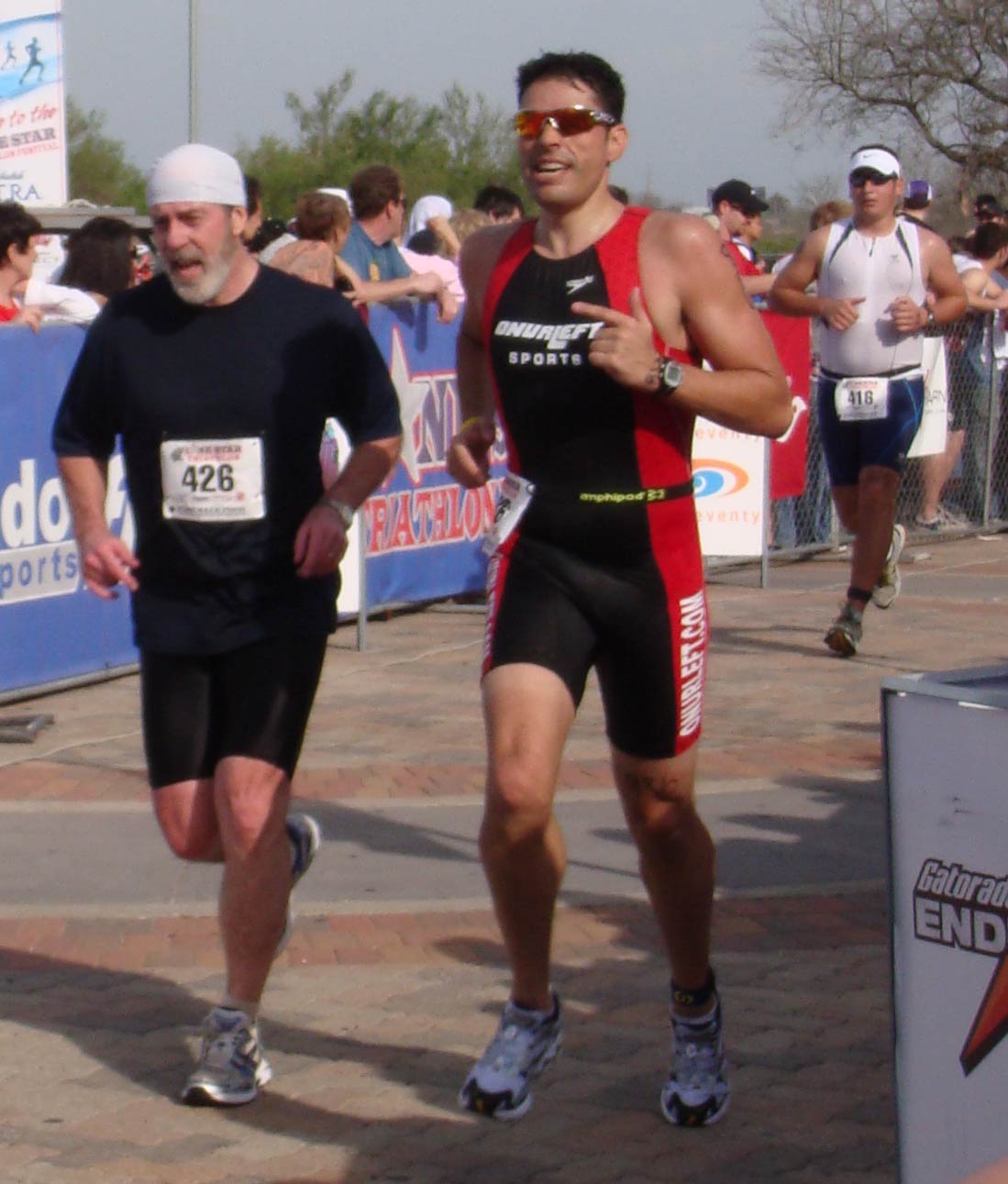