Triathlon...yes, my first triathlon was an Ironman -  Ironman Couer d'Alene 2003. But the true Ironman is my wife Karen!!!

My wife of 26 years, Karen was diagnosed with a rare Head / Neck Cancer called Adenoid Cystic Carcinoma. The cancerous tumor of the Parotid Gland located on the left side of her neck/head, along with 22 lymph nodes and the left facial nerve were removed in a 10 hour surgery February 20, 2003. They performed a nerve graft but the left side of her face remains paralyzed. She has also lost the ability to blink her left eye and has LIMITED salivation. She survived 2 months of high dose radiation to her head and neck. For months she could only drink protein shakes. One tough lady let me tell you. The finally week of radiation she completed her Masters Degree from Colorado State University with a 4.0 GPA. The only true way to honor that kind of courage and strength would be to complete an Ironman with no experience.

Needless to say the focus was on Karen and my family in 2003 not training. I have three teenagers Kyle, a sophomore in College, and twins Tyler and Tiffany both sophomores in High School. I was basically a single father for 4 months. I just tried to fit in the training when
ever I could. Most of it was either early in the morning or late at night on my trainer.

When the gun sounded, it was completely insane to say the least. None the less, I completed the swim in 1 hour and 18 minutes. It was my first open water swim. What an experience, 1500+ swimmers in the open water. Thank God for all those laps in the pool!

The first half of the bike went well. Then it began to get hot, 97 degrees, over 105 on the pavement. The problem was that the event was in June and this past spring in Colorado was cool. So I did not have much heat training. Therefore, I watched my Heart Rate Monitor and
backed off the pace. I got through the ride in 8 hours and 1 minute. Slow but I completed it. Upon entering the changing tent I sat down. I was "Spent"! One of the volunteers handed me my transition bag. I emptied it on the ground. I told him that I was not sure how I could go
on. He noticed that I had a picture of my wife on my running shirt with the following printed on it: 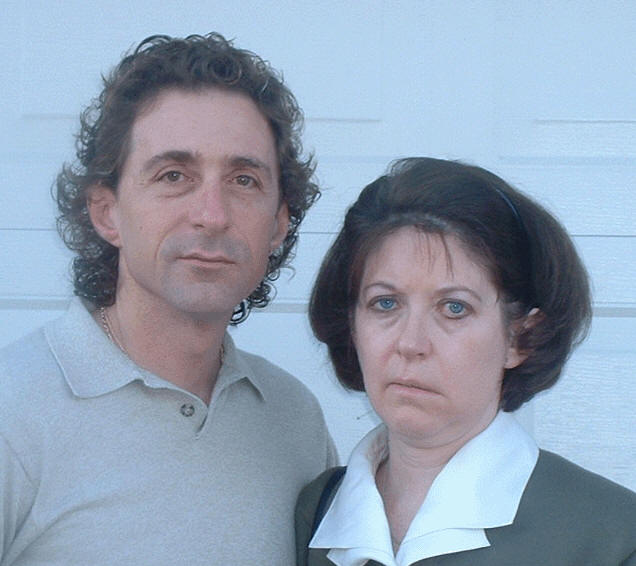 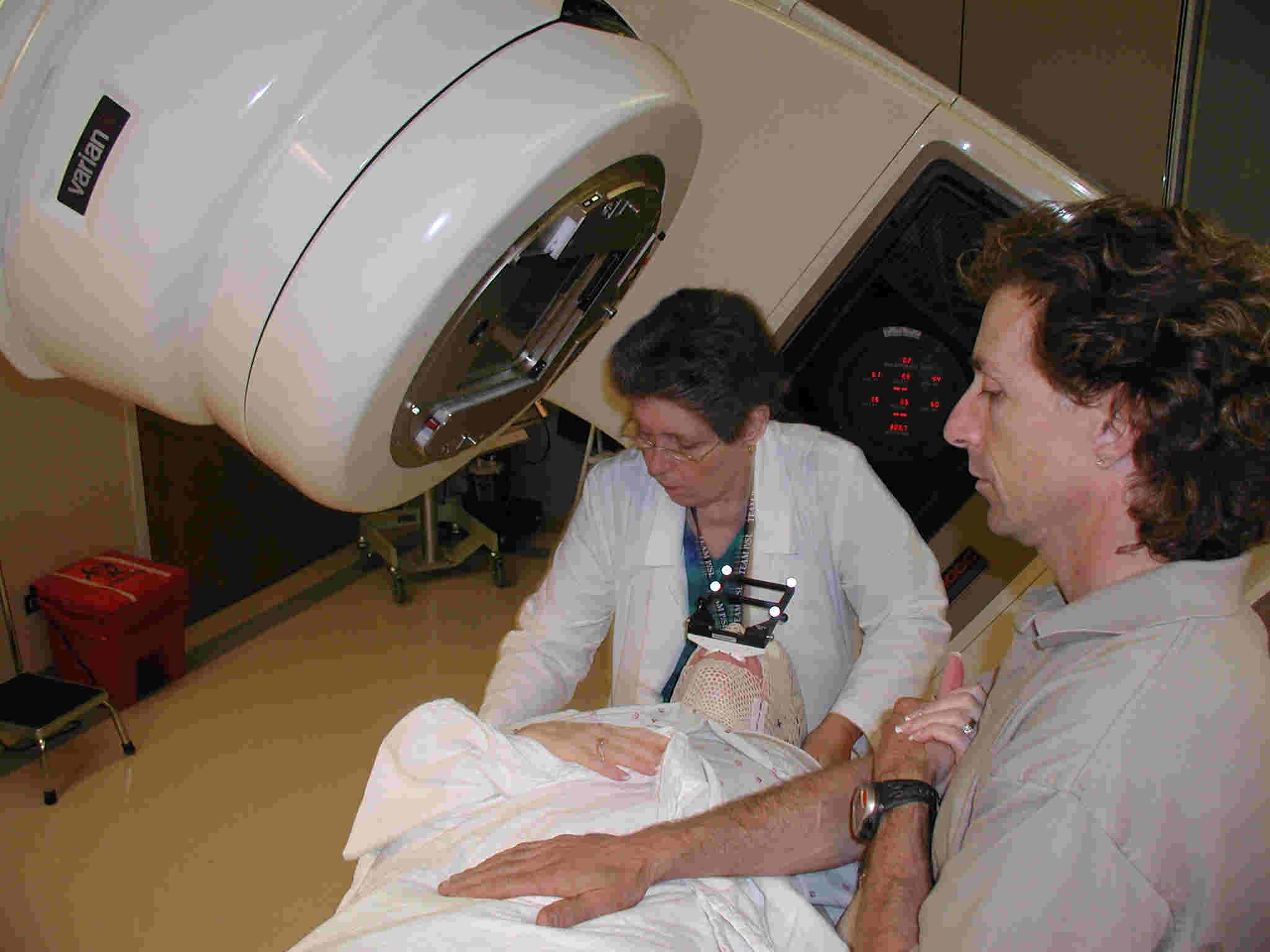 "It is in the most trying times that our real character is shaped and revealed." Helen Keller

The gentleman in the changing tent helping me, picked up the running shirt and showed it to me and said, "Bob you need to look at this!" Just then I remembered why I was doing Ironman Couer d'Alene, in honor of my wife's courage and strength battling cancer. At that point I began to cry. I put on the running shirt and began the 26.2 mile marathon. I was extremely nauseated and cramping. I was not sure how on earth I could do this. Somehow when I made it to mile 4, I was able to run. I ran from miles 5 to 16. Slowly but I ran. At mile 16 in the Marathon it became even more difficult. I was fighting vomiting for the last 4 hours, but knew it was worse. I had blisters covering both feet, as well as leg cramps. I was not sure how I could go on. I had been praying for hours and told myself Karen could not quit, therefore there
was no way I would! At 16 miles I met a women runner. She said her name was Karen (my wife's name is Karen). She said people call her the "Iron Angel". Unbelievable! At that point I knew I was touched by God. We ran, jogged and walked together for 10 miles. She helped me
get through those last 10 miles. When things got worse around mile 23, she put her arm around me and said Bob you will finish, I know it! At that point I only had 3 miles to go, but it seemed like 100. She said to just think of Karen's courage and your children and all the
support they have given you. Without her help it would have been unbearable!! She got me through the last 10 miles. Was she an angel from heaven? I know so!!!

I will do it again. This time my goal is to complete Ironman Florida in Panama City Beach, Florida on Nov 6, 2004 for Cancer Research. I am trying to raise $100,000 dollars for Adenoid Cystic Carcinoma (ACC) research at MD Anderson Cancer Center in Houston, Texas. My donation website is www.active.com/donate/imflorida/cureadcc .

I think this quote from Helen Keller tells it best........ Character cannot be developed in ease and quiet. Only through experience of trial and suffering can the soul be strengthened, ambition inspired, and success achieved. Helen Keller 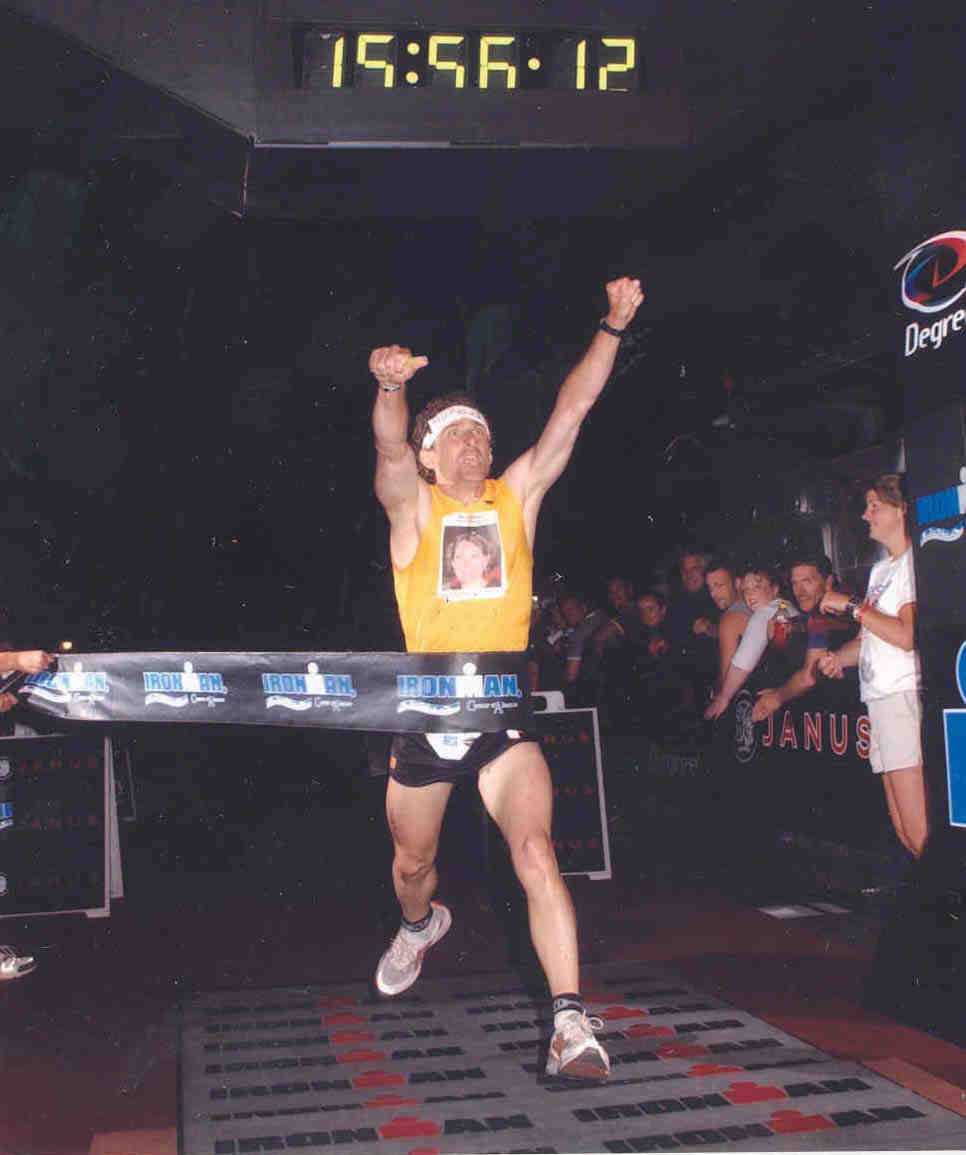