Beginner Triathlete of the Month - stevebradley

Coming off of a tibial stress fracture in 2000, stevebradley made his way into triathlon. Now he has over 60 triathlons completed and is one of the most active mentor groups on BT.

MY STORY: A tibial stress fracture on Jan. 1, '00 (humbug on the Millenium....) forced me away from pure running and into the blissful world of multisport. I did my first three triathlons late in the '00, added five more in '01, another seven in '02......and the count is now 60 triathlons, 8 duathlons, and 7 aquabikes. Of the triathlons, there are 2 Irons, 14 half-irons, a handful of oddball hybrid distances, and the rest are pretty evenly split between sprints and olympic/international. I love the competitiveness of racing, but of just about equal importance to me is the camaraderie - the people met, the friends made. There are many sweet spots in the world, but right at the top of my list would be transition zones in the hours leading up to a race, where the human electricity is palpable.

Although Stevebradley's mentor group is full, if you have time to spare you can browse over 200 pages of great information. 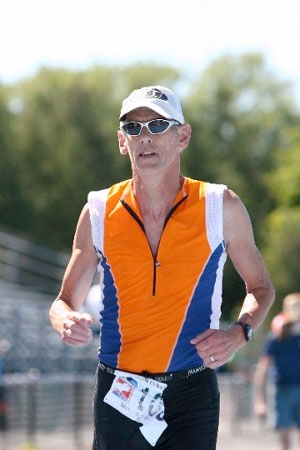