“I didn’t have a clue. I didn’t know how to swim, I would be dying after running a mile, I didn’t have any coordination or endurance; every time we trained, I was the last one.”

Three years ago, Jessica Melendez-Carrillo never imagined she would one day be considered an athlete. Now, after six triathlons, several 5Ks, and a half marathon, her story of determination and perseverance has inspired women across the border region to push themselves further than they ever thought possible.
Her journey began with a friend’s Facebook post about Mighty Mujer Triathlon. Just a month before, she had bought her first bike with the intention of being more active with her 4-year-old daughter. Thinking to herself, “I should try that...maybe that’s something I would like,” Jessica signed up for the race and began the adventure of a lifetime.
Having grown up in Chiapas, Mexico, Jessica didn’t learn to ride a bike as a kid and laughs as she recalls her first ride. “I was so afraid, I couldn’t even pedal; I just kept screaming like a little girl. I couldn’t find my balance and I kept thinking, ‘Man, I’m really bad at this.’”
From that day forward, training continued to be a challenge. “I didn’t have a clue. I didn’t know how to swim, I would be dying after running a mile, I didn’t have any coordination or endurance; every time we trained, I was the last one.”
Even more than the seemingly impossible training, fear challenged Jessica the most. “I had so much fear. I was afraid to get on the bike. I was afraid people would laugh at me or make fun of me. I was afraid they would judge me. I didn’t have self-esteem because I didn’t believe I could do it.”
The fear of looking foolish or of failing often keeps aspiring triathletes from ever getting started, and though Jessica didn’t conquer fear overnight, she slowly she began to notice that the athletes she admired were normal people, just like her. “Fear is your biggest enemy. When you’re so afraid of failing, you can’t see what’s beyond that possibility. I finally realized that I wasn’t alone, that other people fall off of their bike, that other people feel ugly in their swim caps...everyone feels the same way.”
As race day approached, Jessica trained with a newfound confidence and determination. A full-time teacher, mother, and wife, she worked hard to incorporate training into her everyday life. Often, she swam at 5am before anyone was awake and kept her gear in the car so she could squeeze in a quick run. Even considering the hectic schedule, Jessica believes triathlons have strengthened her marriage and family. “My husband and I have done a few triathlons together and my daughter ran her first 5K with me when she was 5. A few years ago, that was not us. [Racing] has changed everything.”
For Jessica, the exhilaration of crossing the Mighty Mujer Triathlon finish line was only the beginning of her story. “My life will never be the same, because now I know what I can do and how far I can go. It’s not just a dream, it’s a reality.”
Her advice to someone who is dreaming of participating in a triathlon one day?: “Be fearless. Life is too short to be afraid, and when you start believing in yourself, you will inspire others to do the same.” 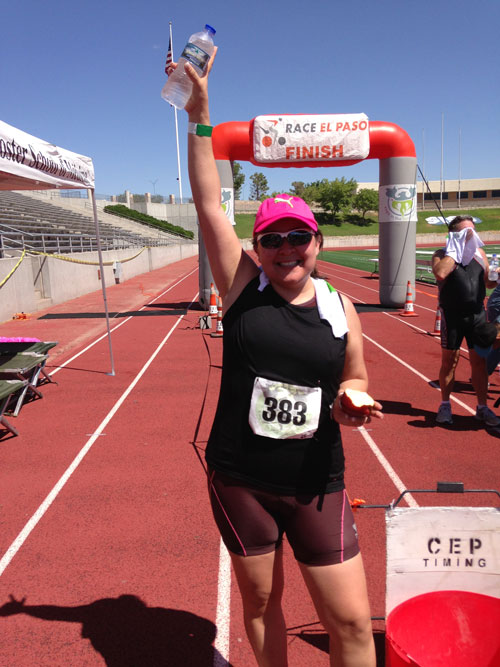 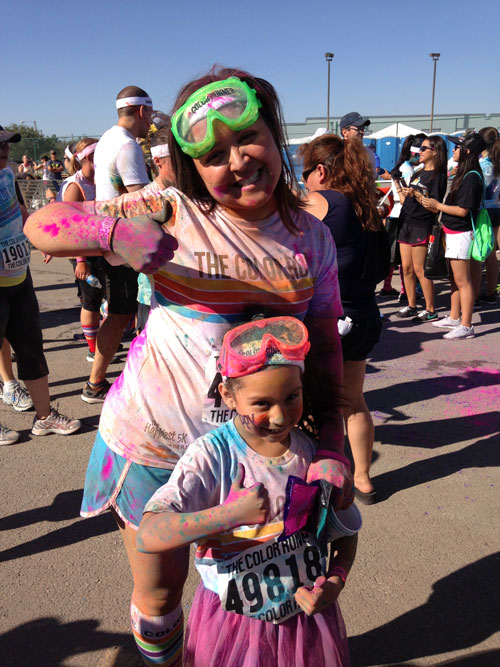 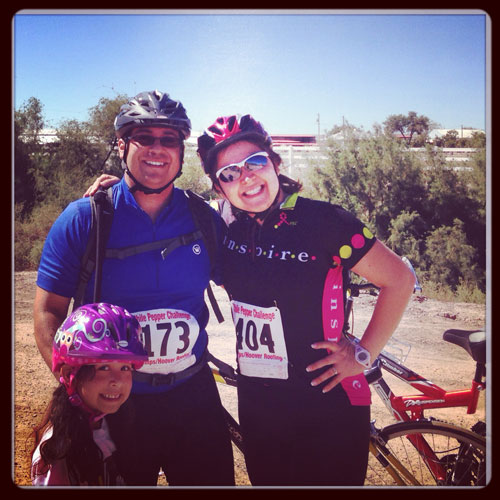 To learn more about Mighty Mujer Triathlon, or the other multisport and running races organized by Race El Paso, visit the Race El Paso website or find us on Facebook.
Rating