Towards the end of December 2010 both my daughter and son came up to me and said “Daddy we want you to get healthy and not die."

Back in the early 1990s I was racing 5Ks and 10Ks, and did a few Duathlons.  I met my wife and the training and racing stopped and the pounds started to add up to the tune of 72 pounds.

I tried over the years to diet and exercise, but that would last for about two weeks.  Losing weight was not easy, and it was easier to just give up then to keep trying.  Back in early 2010, my wife joined a gym. She didn’t need to lose any weight (she looks great) but she wanted to exercise to feel better.  I joined the gym, too, but I never went, so we canceled my membership.

In September 2010, she decided she was going to do her first 5k ever, and the kids wanted to do the 1 mile fun run, but only if I did it with them, so we signed up.  Well the fun run was fun because I think it was only about a half mile, and in that half mile I talked my kids into walking so they would not get tired. (If only they knew Daddy could not make it the full half mile at a running pace.)

Another month or so went by and my wife wanted to do another 5k, so the kids and I signed up for the 1 mile fun run.  But this time it was a true mile, and it felt like a true 10 miles.  Again I was able to make the kids think we had to walk. (I did not want them to know how much I was out of shape.)

Reason for a Change 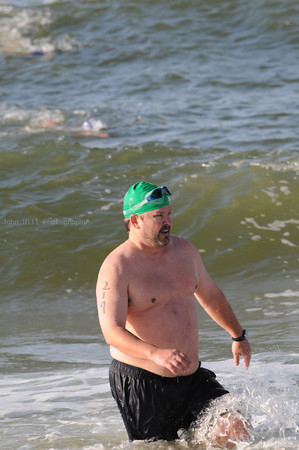 Over the years my wife tried to get me to get in shape and the reason for that was my father passed away at 63, and I remember him telling me that no male on his side of the family lived to his age.  My father had quadruple bypass surgery, had a pace maker, diabetic and the list goes on.

After he passed away, I went to the doctor to get my cholesterol checked and it was extremely high.  My doctor tried for about a year to get it under control but he had no luck, so he sent me to see a cardiologist.  After several tests, I found that I was borderline diabetic, I had a problem with my thyroid and of course the cholesterol was sky high.  I was on several different medications for more than a year.

In January 2010 I had to stop taking my medication due to changing jobs and insurance issues. (The medications were really expensive and the insurance did not pay much, so we could not afford to pay for the medications.) I could feel my health going downhill.  I always felt tired and could not do anything active.

Playing with the kids was not an option and they started to notice and get worried. 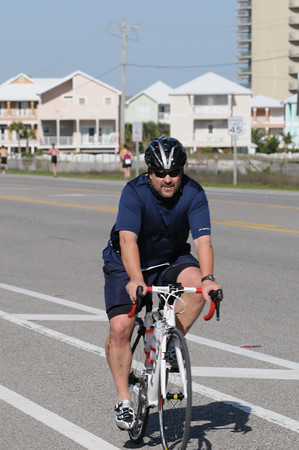 d of December 2010 both my daughter and son came up to me and said “Daddy we want you to get healthy and not die."

Man! Talk about a feeling that you will never forget! I knew right then I had to do something about this.  I needed to watch my kids grow up and get married and have kids. (Well, except for my daughter. She’s my little girl and she can’t have any boyfriends!)  So I joined the gym again for about the 5th time, but I knew this time I was going to make a difference.

On December 24th 2010 my new life started.  I recorded the Ironman Kona race on television, and I knew what I wanted to do.  Since December 24th 2010, I have been training 4 to 6 days a week and have not missed a week. I wake up at 3 a.m. to bike or run, and when the gym opens at 5:30, I will swim.  I did my first sprint triathlon back in April 2011 in Orange Beach, Ala., and the swim was a killer. It was a 400-yard swim in the Gulf of Mexico, in a square configuration. Before I reached the first buoy, I couldn’t catch my breath, so I did the back stroke, side stroke and dog stoke, but I finally reached the beach.

I thought the bike would be easy since it was flat with one big bridge, but I was wrong. The headwind was really bad. Normally I average about 16mph on the bike, and I was doing about 11mph for the 8 miles out, but on the way back, watch out! I was averaging about 22-23mph!

The run -- oh boy, the run. The 2 miles out was again into the headwind and it was like standing still. And when I made the turn for the last two miles, I was so tired. 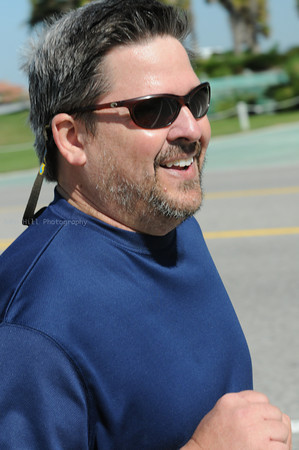 I’m scheduled to do three more sprints (June, August and October), and I also plan to do an Olympic Distance in July and September. To finish the year off, I’m going to do my first half marathon in November 2011.

Next year I plan to do my first half ironman.  Currently I’m down 17 pounds and I have 55-60 pounds to go. And the great news is, I’m back on my medications, but I went from taking seven per day to just two.  I do not take any diabetic or thyroid medication anymore, and every three months when I see my cardiologist my numbers drop.

My son also did his first kids duathlon about two months ago and he rocked. I feel better and I WILL LIVE LONGER and I plan to be racing triathlons until God calls me home.