My Source of Inspiration

My story began in September of 2009; this is when my daughter, Alisha, decided to participate in her first triathlon. She was introduced to the sport by several triathletes’ at the company she worked for.

On September 19, 2009 she participated in her first triathlon. Which, as is turns out, is the "largest" and "longest running" triathlon on the East Coast, the Wilmington YMCA Triathlon.

So my wife and I travel to Wilmington NC which is 150 miles from where we live. I was excited about the event and how my daughter would do. I was also the designated "cameraman"; it was my job to take pictures of her during this event. Alisha and I showed up the morning of the event before the sun even thought about coming up. I walked with her into the transition area, she placed a towel on the ground next to her bike and then her shoes, socks and helmet in a pre thought-out arrangement.  Then it was on to body marking and getting her chip.

At this point I have taken quite a few pictures on the process of setting up, having numbers written on her body and a chip attached to her left ankle.  I don’t know at this point who was more nervous about this race, her or me.  I was in knots and she seemed calm as can be.

So the race starts and Alisha is coming up the hill from the swim and I am clicking pictures like no tomorrow and "cheering" at the same time. Out she comes on the bike and I am there, still clicking away on the camera. More pictures on the return from the bike, then it’s a sprint for me to try and get to the other end of the transition area to get a shot of her coming out to the run, I didn’t make it, she was faster than me.

Next was the wait for her to come across the finish line.  It was an awesome sight to see her cross that line. I can’t put into words how I felt at that time. Just awesome!

A few weeks went by and I decided to make a photo log book for my Alisha of this first triathlon that she had so well finished.  I also made a home movie of this great event and I titled it "Inspiration", because my daughter and what she had accomplished was just that to me.

I had thought about this event for days after it was over and I remembered how I felt and the joy of accomplishment.

Then in January of 2010 I was going through a time in my life that I felt I needed a change, something different. I had thought on numerous occasions that I could do this triathlon that my daughter had done. I thought and I thought about this.

Well, I finally made the decision and paid my fee and signed up for the same event that my daughter had done for her first time. I was determined that I could do this.

I downloaded a training program from the Beginner Triathlete web site and went at it. It was a long road for me.

The answer to the question of whom or what inspired me to participate in the sport of triathlon, my daughter Alisha is the 'who.' She has since participated in three more triathlons.

As for the 'what' part of the question, it is "triathlon" itself.  It, in itself, is an "Inspiration."  So on 03-12-2011, I participated in my second triathlon, the Azalea Triathlon in Wilmington NC, my bib number was 372, another great day in my life.

After returning home, I told my daughter that I had actually considered doing the White Lake Sprint Triathlon in May, Her comment was, "it’s in my blood, and you can do it...go for it!"  On 5/15/2011 I participated at White Lake Sprint and after retuning home I pulled up the time results and found out that I had ranked 1st in the swim, in my age group (56). That made my day and all the training worth it.

I believe I am “hooked” on this thing called Triathlon.

This is my story, and being a participant in triathlon makes me want to tell everyone of mine and my daughter’s accomplishments. 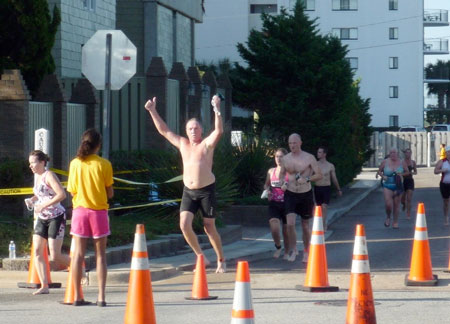 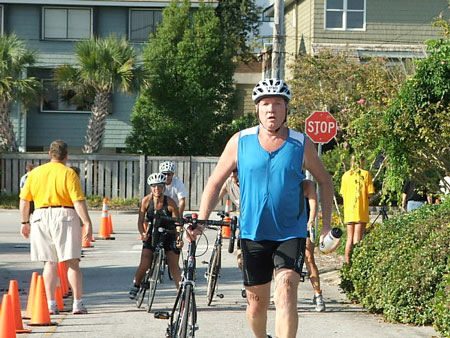 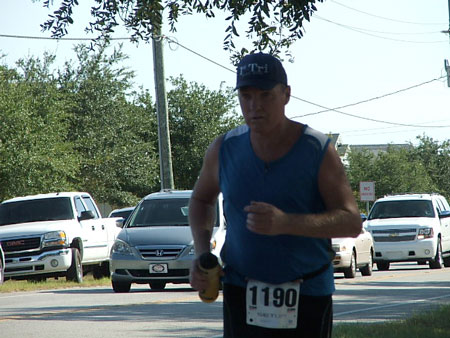 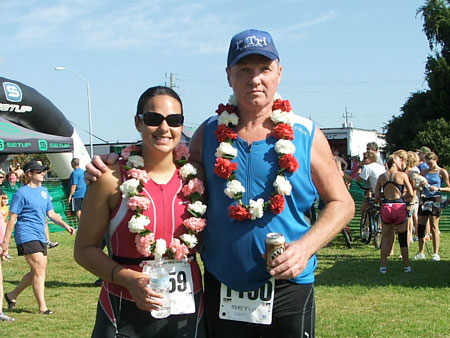