Back in the Saddle

Top tips from triathletes on finding your way back to training

But sometimes breaks become ruts, and we become stuck in them.

Even the most dedicated triathlete takes the occasional hiatus from working out. (Hey, Chrissy Wellington is taking a year off from Ironman!)

Many are fortunate enough to have winter sports that hold their interest, such as cross-country skiing. The rest of us just haven’t found anything we enjoy quite as much as swimming, biking and running.

And so, when our big race of the year is over, and even the footraces of fall have drawn to a close, we either toil indoors or we succumb to the natural forces of hibernation and holidays.

I myself made it through almost two years without losing much fitness. I spent a year training for a September iron distance race. My husband and I then decided the following spring would be a great year to try American Triple-T Ohio, which is a series of four triathlons over three days in May, culminating in a half-iron race in the brutal hills of Shawnee State Park.

The sheer terror I felt when I thought about that race inspired me to run outdoors all winter, ride regularly on the trainer, and join a master’s swim team at the pool. Once Triple-T was over, I only stayed in decent shape because it was summer, and it’s fun to run and bike in the summer.

My fall marathon performance that year was so-so, and the excuses had already begun to pile up: I had quit my job to start my own business, which took a lot of time and energy. It’s raining. My favorite shorts are in the laundry. My shoes feel funny. I just ate. It’s too early. It’s too late. It’s too cold. It’s too dark.

And thus began my period of softening.

In a way it's funny, but it’s no joke when the pattern feeds on itself, and the worse I feel about my body, the less I want to exercise and confirm my fears about how much fitness I’ve lost.

We asked BeginnerTriathlete.com members for their experiences falling off the proverbial wagon and then getting back on.

We surveyed more than 175 members, and 55 percent said signing up for a race inspires them to

“Signing up for a race usually gets me going,” says Skip Gilliam (pictured at right) of Bluffton, S.C. “I signed up for my first race of the year just yesterday and I’m back training!”

“I wish I just had the drive to stay motivated year round but I don’t,” says Gilliam (BeginnerTriathlete.com username skipg).

Triathlete Don McKinnon of Melbourne, Fla., was struggling with malaise when he signed up the big sprint triathlon in his community and set a goal of placing in the top five in his age group.

“I moved the bike trainer setup so it’s facing out of the garage, and now I have to walk by it everyday,” says McKinnon (BT username Donto).

“This morning, after dropping off my daughter at school, something said, ‘it’s time.’  I went in and changed, got water, checked the tires, turned on the music and the fan and started the V4 BT Cycling Program,” he says.

The power of the scale

The second highest ranking reason to get off one’s duff, according to the poll results, was weight-related.

The phrase "fat pants" is used frequently, and it's not confined to the female gender.

Richard Wallen of Southport, N.C. says he uses many strategies to get himself motivated.

“I do not know if I fall off the wagon or just start to walk off after my last tri of the season.  It typically starts with dropping my swim workouts in late September or early October.  Then my biking starts to drop later in October and November, then by December I only run 50 miles or so,” he says.

“By about the middle of December I commit to a plan starting January 1st and go with it,” says Wallen (BT username dandr614).

“My last triathlon’s racing weight also figures into the mix by the time I get on the scale in December and say, "I have to do something about this soon."

Some people put it a bit less delicately than that: 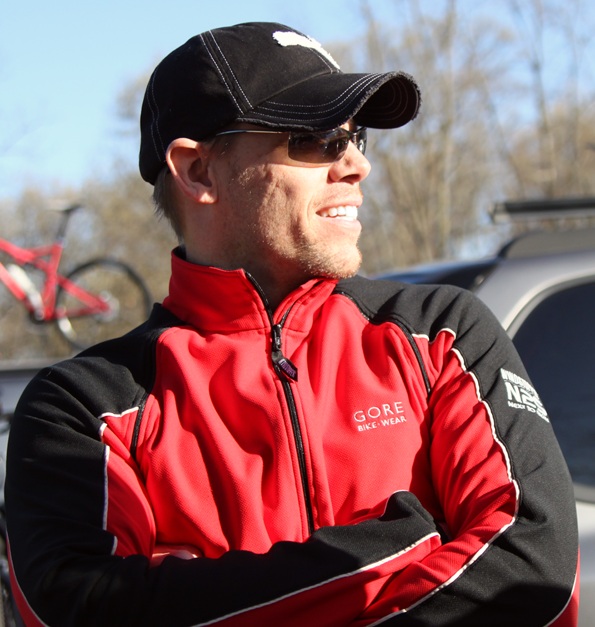 “I remind myself of what my dad looks like with his shirt off,” says Christian Glupker (left) of Hudsonville, Michigan (BT username Guppy58). “That’s usually good for a 30 percent spike in my cardio workouts.”

For many triathletes, being accountable to other people is the key to consistency.

“I think one thing that helped me start, and keeps me going, is that my wife is doing triathlons as well,” says Randy Lisle of Houston.

“If one of us is training and preparing for the event it drives the other one,” says Lisle (BT username NewClydesdale).

“If I have someone else to be accountable to, I am much more likely to put in the required work.”

“For me; it's almost always a buddy, a new buddy, or myself saying, ‘Let's do this race,’” says Shao (BeginnerTriathlete.com nickname daharryone).

Anthony Lathrop of Carmel, Ind., says group workouts help him, but it’s important not to let himself feel that missing a workout, or even a week of workouts, means it is any harder to start the next available swim, bike or run.

“I'm not sure I really identify with the concept of "falling off the wagon" with regard to training. I think the whole idea of ‘the wagon’ is perfectionistic and—for me at least—is a setup for failure,” says Lathrop (BT user alath).

“If I go around thinking I have a status of being ‘on the wagon,’ then it just creates a barrier if I eat something suboptimal - a mental barrier of having to get ‘back on the wagon.’ If instead I just think about making my next food decision a sensible one, it somehow takes the pressure off.”

Dwayne Armstrong of Lethbridge, Alberta, Canada says signing up for a race isn’t motivation enough anymore, since he has been racing long enough not to be “scared” straight by an upcoming race.

“I've found I'm much more consistent if I've made a commitment to a training group or partner, or signed up for a class,” says Armstrong (BT user Micawber).

Armstrong says he has made the mistake of trying to resume training where he left off before a break and warns against that error.

“Be careful if you've been ‘off the wagon’ for a while,” he says. “You may not realize how much you've lost and how easy it is to injure yourself by trying to start up where you used to be.”

Steve Aquavia of Sherman Oaks, Calif., concurs. In his three-step process to get back in shape, step one is sign up for a race, step two is train when it feels easiest at the beginning, but the third is, “develop amnesia.”

Aquavia (BT user SAquavia) advises, “Forget about what it felt like to be in peak shape the season prior, and focus on the fact that last year, I had to rebuild.”

For some triathletes, the return of some perspective on the sport is key.

For others, it’s just a matter of drawing on the same raw willpower that pushes an athlete to stumble to the finish when they are feeling their worst.

As Kim Reamer of West Wendover, Nev., put it, “First I pull up my big girl panties and harden the eff up.”

“Then I start looking for a race, once said panties are in place.” 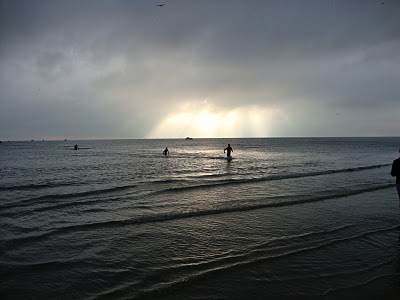 Others are more reflective about their dropoff in motivation.

For Dan Adams (Sprint DA on BeginnerTriathlete.com), going back to the reason he started the sport was key to finding a reason to keep going.

“I had to remember that I truly did enjoy swimming, biking, and running,” says Adams, of Davenport, Iowa.

“I've burned out badly at some point each of the last two years.  I get too caught up in the little points of a training program, the aero-ness of my equipment, or whatever,” he says. “I have to remember what got me involved in the first place:  I love my bike, just going out and riding.  I love the relaxation of swimming, even when I'm swimming hard. “

“I have to remember that this is a hobby, and just to go have fun with it.”

Some triathletes recommend ditching the GPS and bike computer for awhile and working out for the sheer joy of feeling the wind in your hair or breathing the morning mist.

Others don’t sweat “falling off the wagon,” and in fact welcome such ebbs and flows as part of the natural course of being an athlete.

“Sometimes I just need a plain old break from all of the routines of training for a triathlon, and I give it to myself after careful evaluation of what's going on mentally or physically,” says Carolyn Elliott of San Luis Obispo, Calif.

“I give myself what I need. The way I come back is mentally I tell myself, "Just do it" with some realistic goals in mind,” she says.

“I might start out by scheduling my track sessions with a local running group which will make me accountable for my actions.  Little by little, before I know it, I'm back into the full swing of things,” says Elliott (BT screenname pocodino).

“When you want something, it will fall into place naturally.”

So, there’s not necessarily anything wrong with a period of rest and relaxation.

The only problem is if you have trouble bringing that period to an end and rejuvenating your desire to test your body and your mind.

Sometimes the ultimate mental test is not the final mile of an Ironman, but the first step out the door to the gym.