The endurance element of triathlon training has been challenging and stimulating. When my daughter quickly agreed to enter this most recent Tri, I was ecstatic.

What could make a Father prouder than his 15-year-old daughter agreeing to participate with Dad in a local YMCA-sponsored Sprint Triathlon? Having it held on Father’s Day Weekend, of course!

In the fall of 2012 I made the decision to train for my first Sprint Tri.  I got pumped up as I read several articles on BeginnerTriathlete.com. I latched onto a training plan, which I utilized to the best of my time-limited availability and purchased a bike. Keep in mind my last bike purchase for myself, a father of 7 and grandpa of 5, was in 1988 when I first attended college.

It felt great to prepare for my first triathlon and the day of it I found the age-group individualized events to be rewarding and not too impactful on this 40+ year-old body. In the spring of 2013 my younger brother challenged me to run the 2014 Los Angeles Marathon. I ran it and was hooked!

The endurance element of Tri training has been challenging and stimulating. More importantly, it has been a great message to my kids. Naturally, when my daughter quickly agreed to enter this most recent Tri in June 2014, I was ecstatic.

Developing a training routine was easy, but finding the time to follow it was another story. Between my son’s high school graduation, college orientation 10 hours away, his move and all the other normal factors of work, family and personal life, it was challenging.  My daughter Tiersa, who needed to train with me was knee-deep in high school track, softball and 20 consecutive days of sports conditioning logged in June – the month of our Tri!  But we persevered.

Lesson One – Get the Right Bike

Together we did our best to log miles on bikes.  Quickly we learned the importance of riding the right bike. The first one didn’t allow for easy gear shifting and she felt sluggish riding it – always behind me about 20 yards. A friend loaned us a bike with a lighter frame and different gear configuration, which made a huge difference in speed and shifting.

Tiersa is an amazing runner and as we ran together I could tell she was holding back. Never a fast runner myself, I felt my LA Marathon training would be sufficient to finish strong in that element. Lesson two – never rely on past training or events.  I have found that each new race provides unique challenges: race set-up, weather and of course the competition itself. My daughter patiently trained with me, getting up early a few mornings without disrupting her last month’s school schedule in order to hit the gym, log a few miles on a country road or tackle lengths in the pool.

The pool training surprised me the most.  I had just learned to swim the front crawl while training for my first Tri but felt that I would easily glide past my daughter.  I knew she could swim and was comfortable in the water but to see her maintain my speed in the pool with her forward crawl stroke and then show me how to do flips at the edge of the pool I knew…I was in trouble. This girl was a natural triathlete in the making!

The night before the event, we went to pick up our event bag. She smiled broadly when she saw her name labeled to her event bag, and her eyes lit up holding the event shirt (neon yellow I might add). On event morning, we had a wonderful cloud cover which kept everything cool. We arrived early and began set-up preparation. Bikes unloaded in the Transition Area; her borrowed bike lay under a name tag with her name emblazoned on it. Check in. And final walk through. We lined up for the swim; I was number 17 and she was 31, numerical based on estimated swim times. And then it began…

One at a time they entered us in the pool at 10-second intervals. Immediately we bunched up and I was worried my daughter would find the chaotic and choppy water difficult. But she was on her own at this point.

Exiting the pool I transitioned onto the bike and immediately hit a headwind the first 6.5 miles out and up our local Monument Hill. I could tell I hadn’t logged enough hours on the bike, and realized the importance of all those articles indicating the highest percentage of a Tri event was on the bike. I was passed by some people and that fueled me to keep pedaling. At the turn around, I asked the volunteers to cheer on my daughter when she made it to that point. I knew that would motivate her to climb back up the hill we had just traversed.

To my surprise, as I made the turnaround and cycled about 20 yards there she was…all smiles! As it turned out, she had easily completed the swim even passing people who were slower than she was. In my haste I hadn’t realized she had even left T1 only a few minutes after me (if that!).

We entered T2 simultaneously and she started the run before I did by a few seconds. I was now running behind her, by only a few yards, but we were together. After the first mile I had caught up as her knee began to bother her and at the turn around, she was nearly in tears. It broke my heart to see her that way so I offered we walk a few paces to stretch out her leg muscles. That helped as we walked about 30 seconds then returned to an easy run pace.

A Song for the Last Stretch

The last mile, her knee flared again so I tried my fatherly best to sing cadences and make up goofy rhymes to distract her. My goal was for her to complete her first Triathlon and appreciate the effort invested in training and the joy of finishing.

And finishing strong she did as she caught her second wind and took off on me the last 50 yards. There was no catching her as my smile grew larger than hers knowing she had beat me in total time, what turned out to be by two whole minutes! Not bad for the youngest female triathlete that morning, and placing 6th out of 16 in the Women’s Division.

Biggest lesson learned for me as a Dad was not to push her beyond her enjoyment level. Competitively I knew she was strong, but I also wanted her to appreciate the total experience so that she would compete again. Training and competing in a triathlon with my daughter was the greatest feeling and a memory I will always treasure. Of course, her beating me by only two minutes guarantees a rematch…next year. 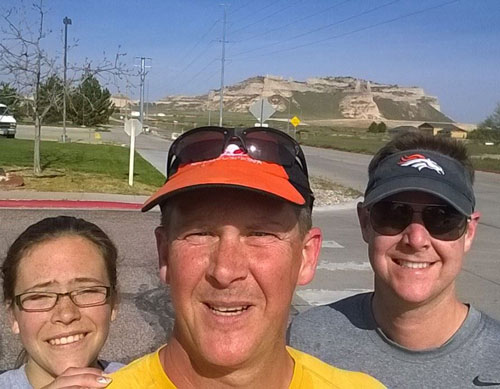 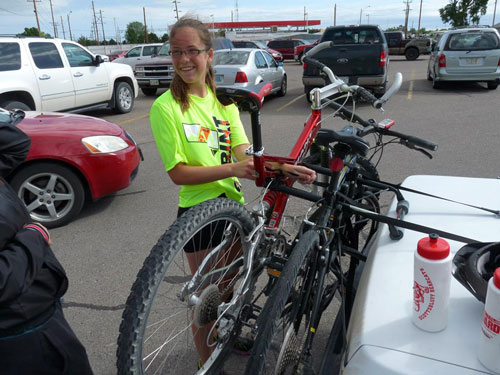 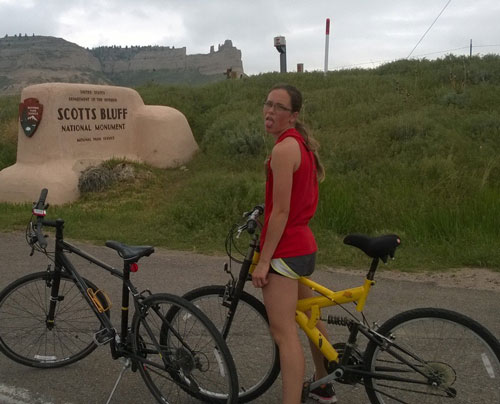 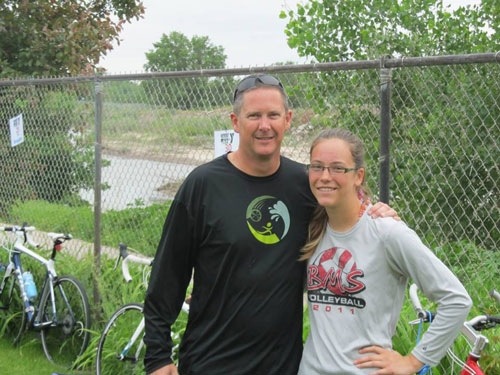 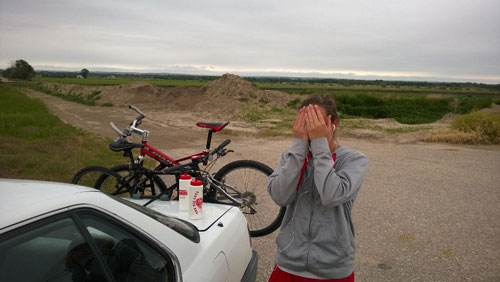 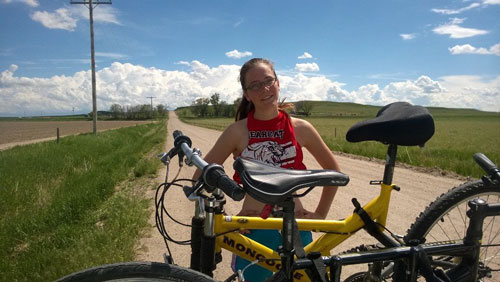 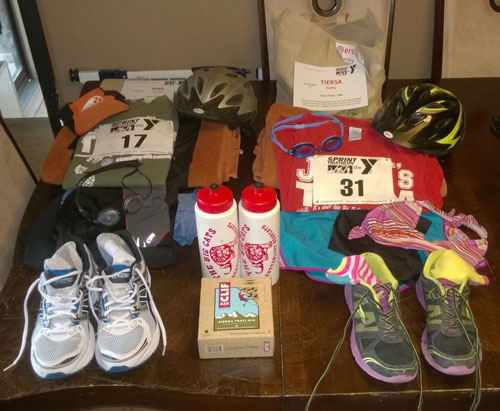 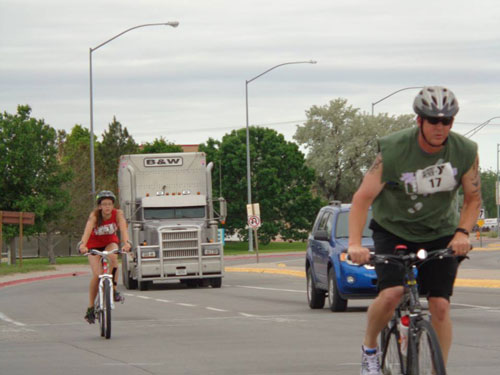