Four Tips to Survive the Open Water Swim or a Stampede

The open water swim can be one of the scariest or most fun parts of your race. Use these four tips to take a little fear out of the water and turn it into more of an enjoyable experience.

If you’re like many triathletes, the anxiety, fear and turbulent emotions associated with the open water swim often make you dread the beginning of a race. The thought of the tumult of flailing limbs and mass amounts of neoprene slapping you like an octopus in a wetsuit can make anyone a bit anxious, but there’s no need to fear. Much like a stampede you too can survive (and thrive!) in an open water swim and learn to love your sport again. 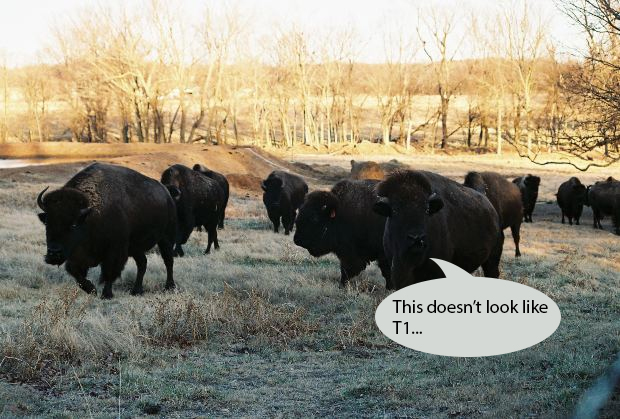 Make a Mental Note of All Available Exits

Before you ever begin your race you should mentally plan out all of your exit strategies. If you’re concerned about getting through the swim think about all the different ways you can get out of the chaos. Swim to the side of the pack rather than try to be in the middle of the fray. Your exit points are pretty easy to prep out mentally: go sideways out of the pack and take a little breather before beginning again, note any buoys or water aid helpers/lifeguards in the water. The lifeguards are in the water to give you a breather or assistance if needed so use them if you want.  (Concerning USAT rules you just can’t use them for forward progress, so sit with them and take a breather for as long as you need them then continue on your way).

Be realistic about your own swimming ability and the kind of energy expenditure you can put into it. If you’re just doing your first triathlon and have only been swimming for three weeks then don’t go out with the lead pack. Wait for the rush to subside after that cannon (or fog horn, start bell, whistle or whatever) goes off and then get in the water and swim your own pace. For those of you that are more competent swimmers the best way to conserve energy is to swim with the group and get on someone’s feet. Drafting behind a similarly paced swimmer gives you the same speed as them for a considerably lower effort (don’t worry about drafting until you’ve gotten comfortable in the open water a few times!).

Try to Stay on Your Feet

Okay so this one makes a little more sense from a stampede perspective and a little less sense for open water swimming, but there is a lesson to be learned from it nonetheless. The point of staying upright in a stampede is to keep yourself from being squished like a rotten tomato, similarly you don’t want to be squished during the swim. As our friend Thomas Paine would suggest you need to, “lead, follow or get out of the way.”

Now I’m not saying you should drop out of your race and give up triathlon forever (talk about over reaction!). If you feel like the open water swim really is a stampede then let the fray go ahead of you. There’s no need for getting into a situation which you’re uncomfortable with. I know many accomplished athletes (in things other than swimming) that wait for the madness to subside before entering the water and they still finish well in their age group. Most often that 10 second lead you give the pack on the swim can easily be negotiated later through a different leg of the race. 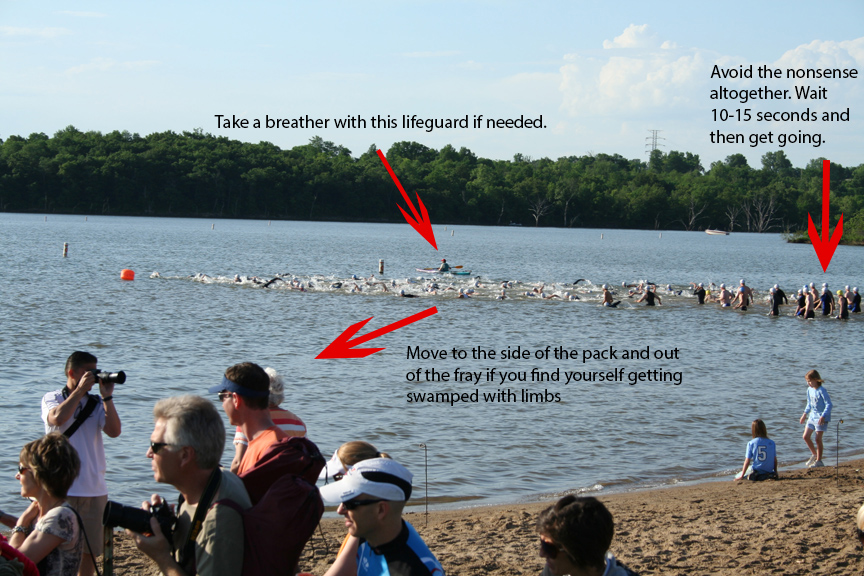 The open water swim can be one of the scariest or most fun parts of your race. Using these four tips you should be capable of taking a little fear out of the water and turning it into more of an enjoyable experience.

Jesse Funk is a lifelong endurance athlete and after running in college at an NCAA DII school he is pursuing triathlon as a part of USA Triathlon's Collegiate Recruitment Program in an effort to join the ranks of elite triathletes.