Triathletes have embraced any new device in the belief it will increase their speed and performance. Ten millimeter thick wetsuits and ten pound bikes sell for more than most paid for their first car.

If you happen upon a lone cyclist somewhere outside the city limits of Longmont, Colorado and she is riding a Rasta-colored, steel framed 10-speed, be sure to say hello.  Maggie Smith might be outfitted in khaki shorts, a paint-stained skirt or a wool sweater procured for fifty cents at the Swap & Thrift near her home on the Front Range. Maggie is a strong rider—might’ve won races if she was so inclined to compete—and gregarious in the fashion of the empowered, post-millennium, female athlete.  She’ll ride alongside and chat with you about anything under the umbrella of physical culture. But Smith doesn’t understand the tendency toward ubiquitous measurement of training details and only grudgingly wears a watch. She’ll guess about how long she is on the road or the trail but little more. Her training logs are ideas scribbled on cocktail napkins and for her, watts are something she measures in light bulbs.  She’s fitter than you or me. But there is no way to measure or validate that claim.

And if you happen to venture further north on I-36 toward the bastion of triathlon parades which is Boulder, CO, you may run into Simon Withstern. Simon will be kitted in something bright, crisp, and corporate-logo’d; something matching and Euro-sorted. Simon is also a very good athlete—might’ve won races as well. But his competitive tendencies have not been fairly extinguished. Simon dreams of age-group victories and is wondering how he might procure a medical release from USAT so that he can elevate his testosterone levels to something that would place him on the podium at the Boulder Peaks Triathlon. Simon is also fitter than most of us.

Maggie used to own a heart rate monitor. Studying how her engine rose and fell helped her to understand a lot about her body. She stores that data in the hard drive that is her memory and sees little need to carry external drives on her rides across this high plateau just east of the Continental Divide. If she were given a rear hub that measures wattage and power output, Maggie probably would use it. But not for very long, I’d imagine. “Why stare at a little screen when you can see all the way to Oklahoma on a clear day?” she told a friend.

Simon has a power meter and uses it. Two weeks ago it was broken and he told me that he “just didn’t think he could do his workout today.”

“Can’t you estimate your effort?” I asked

“Those numbers are like my conscience,” he replied, “they guide my athletic choices.”

Maggie Smith’s relationship with technology is like a relationship with a  crazy hard-talking aunt or uncle who lives in Paris, France or Whitefish, Montana: she’ll listen to what the old coot has to say because they’ve been around the world and read a thousand books. But sometimes it’s just too tedious.  She refuses to submit her life choices to data gleaned from someone or something that’s not perfectly personal and intuitive. 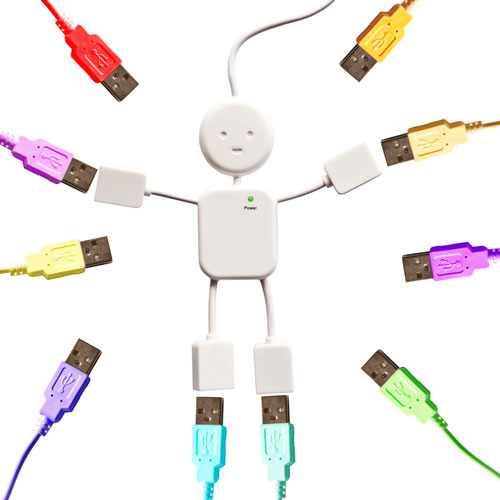 So, what about the Maggie’s of the athletic world?  Were they simply born with a sense of what their bodies can and cannot do? Or did they uh…cheat by using information gathered at the hands of wires and batteries and little bitty machines that can tell us so much? Maggie must know that she’d move across her beloved farm roads at a higher rate of speed if she was wasn’t pushing 25 pounds of steel frame and 16 ounces of wool sweater through the air. If she doesn’t care about her techno-refusal, why should anyone else? Simon, for his part, has that kind of Hal 9000 (from Kubrick’s 2001: A Space Odyssey) relationship with his silicon chips. He’ll suffer depression if his Mac Air lap top is in the shop and might videotape his own crazy uncle to analyze his visual inflections and speech pattern.

I’m old enough to remember a time before personal computers, cell phones, and Instagram. My youth was spent with wooden bats, leash-less surfboards, and single speed bikes. They were good times. Simpler times, as the back-in-the-day-ites will argue. But when I realize that I have immediate access to more global information in the palm of my smart phone than every President of the United States up until Bill Clinton’s 2nd term, I appreciate and respect how science and technology have improved our lives. Still, technology applied to something as aesthetic as outdoor endurance sport is always a negotiated choice. Why miss something big existing out in the natural world when your focus is narrowed to the smaller minutia-measuring micro screens that quantify items such as zinc-to-chromium ratios? Maggie Smith would see a tornado on the horizon and wonder about the power of nature. Simon might hear an audio alert on his weather station app and find the same phenomenon on his smart phone screen. Both would deal with them under their own ideological tendencies.

This is not to argue for out-dated technology if not ludditism in service of some nostalgic whim. I have a few old cars and as much fun as they are to drive to the local café on Sunday morning, they are slow, stinky, and dangerous. Like the aging face that I’ve become, I might look okay in the low dusky light but with the low top down at high noon, there are a lot of exposed cracks in the dashboard.  Technology applied to sports might be like some temperamental tap that somehow allows just the right about of hot water when you’re cold. Or never enough ice in the drink when you’re thirsty. There are training sessions that we cannot just “think” our way through. Why are our sluggish legs are not in synch with our snappy excel spread sheet recommendation, we ask.  And there are times when our snappy legs want to run like an indentured man released but the spread sheet argues for complacency and restraint.

Scientists have been wrestling with the mind/body connection since time immemorial. Long have we assigned the rational and thoughtful choice to the mind while distrusting what our bodies desire. Need, particularly in the area of athletic training, is founded on something biological and the body’s desires are not to be trusted, some have argued.

Triathletes have embraced any new device in the belief it will increase their speed and performance. Ten millimeter thick wetsuits and ten pound bikes sell for more than most paid for their first car. It’s all very groovy and if you have it in red and can ship it today, here’s my credit card info. Nothing wrong with a micro-industry founded on innovation, supply, and demand. But as with anything requiring  controlled creativity and risk, at some point rationality and realism roll past the high and hyperbole.

Triathletes, in an effort to short circuit that unreliable compass called intuition, have enrolled in the college of semiconductors, pinning our hopes and dreams on wires and screens. They are always telling, at least until they crash and we crash and how can you blame a personal computer for personal failure?

In some kind of ideological reboot, a lot of athletes have shed their hi-tech habits in search of something simpler. Fixies, single-speeds, barefoot running, and wetsuit-less swims signal a blowback to a time when the embodied experience ran roughshod over what is now sent wirelessly to a distant personal coach who you’ve never met personally but appreciates your automatic deposit to their account.  We appear to be questing for personal appearance, desiring that our mentors and ourselves   have the benefit of being in real touch. Remember the pleasure you experienced when you were finally granted an audience with a live person in tech support?

There will always be a place for science and technology in our sports. Even essential play might be improved if studied under the hi-pixel lens and digitized to illustrate successful patterns of movement. But increasingly, because we are human, we will strive to humanize life experiences. And even if it means broken radiators and heavy bikes and extended waits to seek a real voice, we may suffer those old-made-new challenges because it reminds us that in the future, humans will win the Ironman, not shiny icons from Fantasy Planet Triborg.

WHO ARE YOU?  Take our poll and tell us how technology influences you in triathlon.