First: Done. On to the Second!

I ran my first triathlon and loved it! 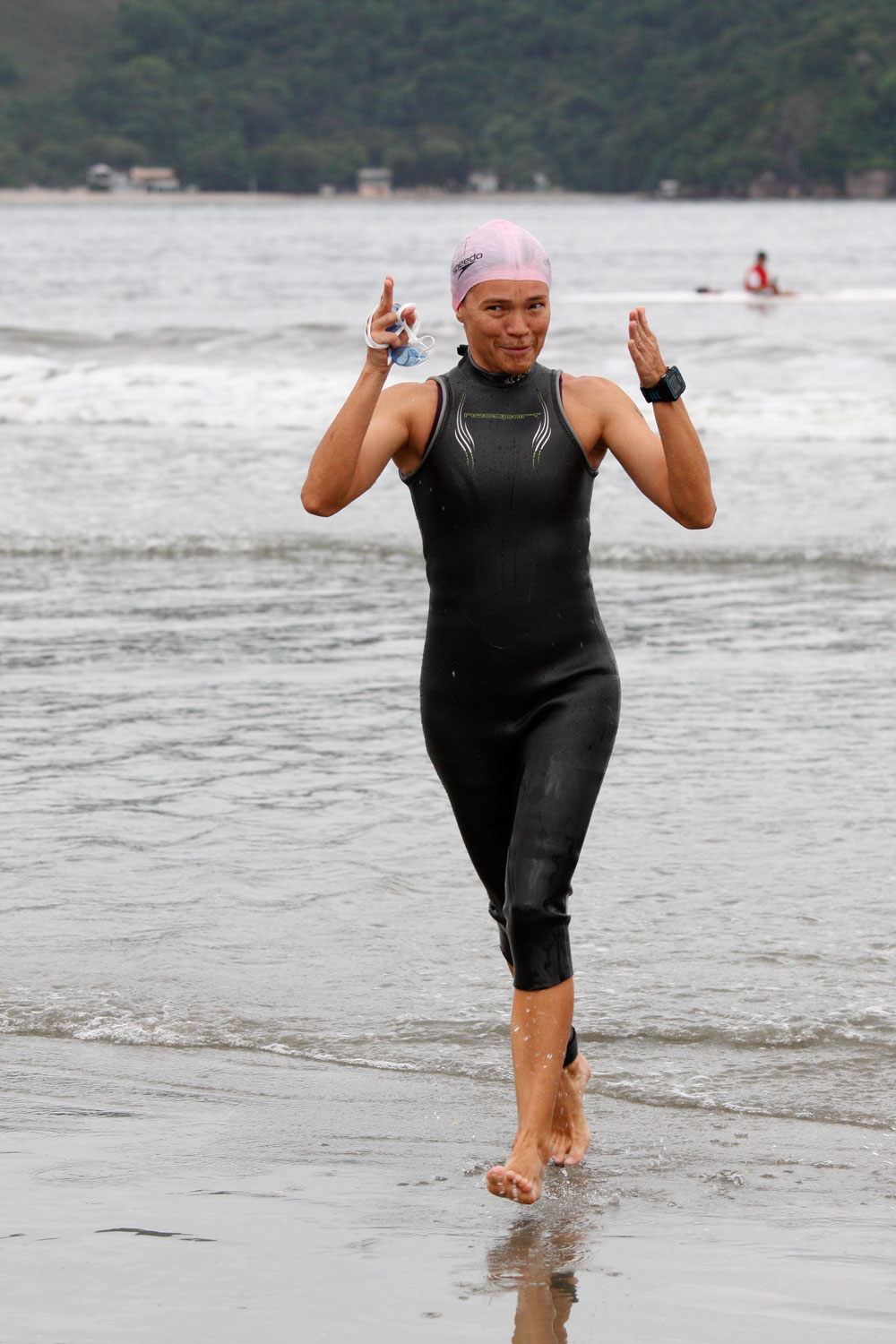 So, I finished my first sprint triathlon. I enjoyed it and want more. In preparation for the next one, which is going to be held in March, I created a training plan to balance of what I can do better in training and racing.

I did my first triathlon in October 28th 2015. It was the 5th race of the Copa Brasil Triathlon championship. It is a very traditional triathlon event in Sao Paulo, Brazil. It has been around for 25 years. The championship includes an international race, typically held in February and six local races during the year, in both sprint and Olympic distances.

Immediately after the race, I did a kind of balance of what was great, good and not too good to help me make improvements for my second race, and to make decisions on my training plan going forward.


This circuit is held in a city by the sea, so the swimming is in a bay area where the water is fairly calm. In my first race, I decided to be at the end of the pack and enjoy it. After all, I am 45 years old and I learned how to swim only at 40. But, beyond that my worst points are speed and open water swimming skills.

The fact is that I did the swimming leg alone -- the pack left me behind. That was good to concentrate as I prefer to have space and I am not afraid of the sea creatures, but it was very bad for my orientation.  For my next race, I decided to emphasize the navigation skills. Even though it will not directly improve my speed, moving in a straighter line will improve my swimming time. Nonetheless, I keep practicing general swimming technique, too.  I found a wonderful YouTube channel called Goswim that has spectacular videos about swimming technique and drills. After all, everybody promises that better technique is key to endurance and speed.


I raced my first triathlon in a wonderful mixture of street and mountain bike. It is a heavy bike and  it has a little too straight sitting position. So, I took advantage of it, took a high sitting position and included handlebars to so I did not have to support all my body weight with my arms. it was a great decision. The result was very comfortable, although the bike looked awkward.

The bike leg in this circuit was flat, so it was ideal for trying to keep a good steady speed, but  during the race I couldn’t  make my speed gauge work in kilometers. For a very unknown reason it was in miles and it confused me. Next time I will check it before the race, as it is very important to me to monitor my speed. Otherwise, I tend to relax a little bit.

Of course, I know  that with a lighter bike I will go faster with less effort. However, I do not want to invest in one of  those triathlon or speed bikes. I am an amateur triathlete, preparing for my second short distance race, so, one day when I change to the Olympic distance, I will focus on a lighter bike. For now, I prefer to keep up with my heavy monster, train with it and take spinning classes. 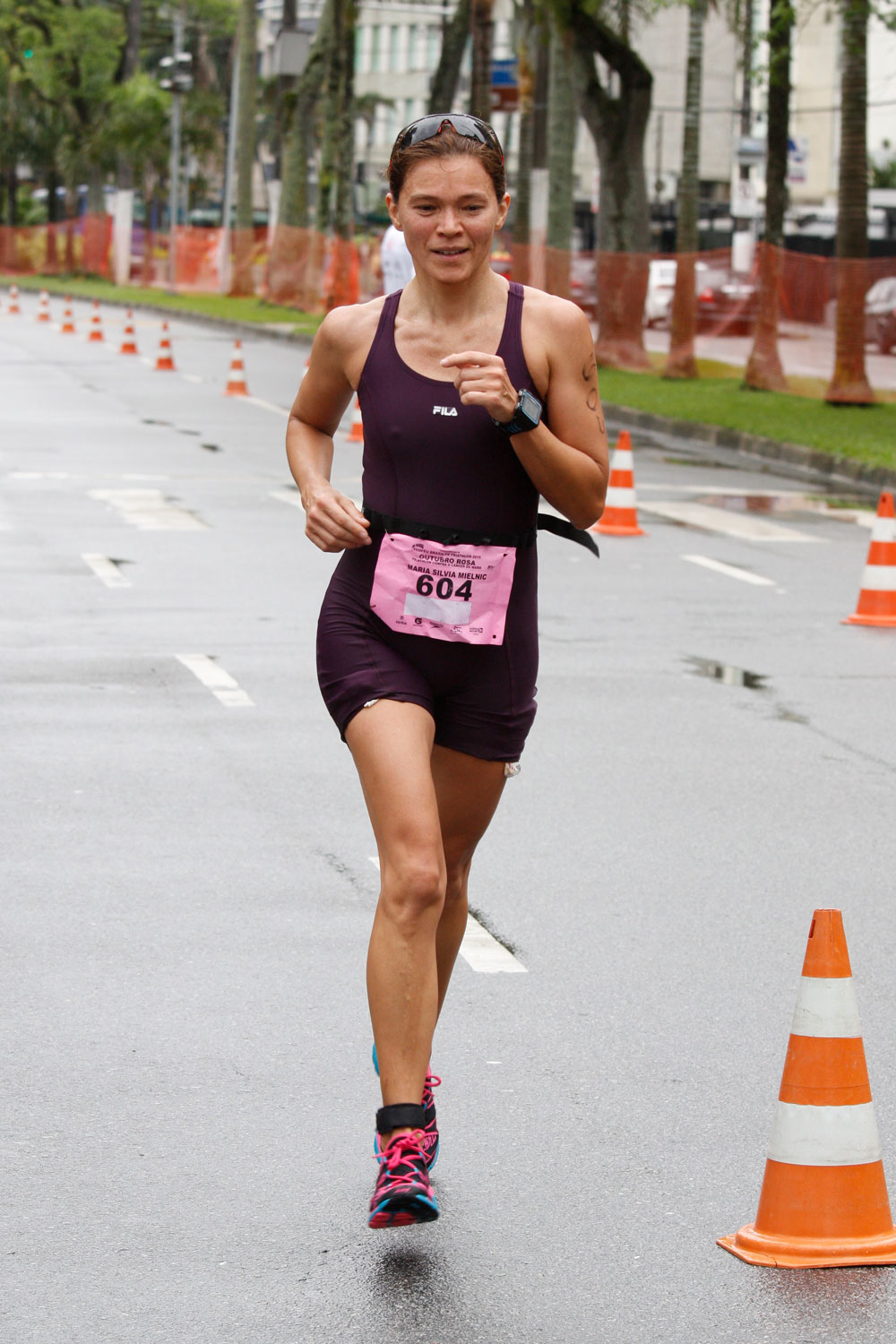 
For me, the 5km running was the worst part of the race. My legs were fine, but I had the odd sensation that I was running slower than I usually do. Actually, I was faster and that was why I was feeling so odd. The most important thing I should have done for the running was to drink more during the bike leg, and keep with my running style of starting in a relaxed speed and increase it during the race.

Running is not my favorite sport, however it is the easiest to train, as it can be done anywhere, and is the most effective way of keeping fit even when training sessions are disrupted by traveling. I try to remember that every time I am away of the pool or the bike, so I don´t feel that everything is lost. This way I can return to my schedule feeling that I can catch up and still get ready for the race day.


In my first race transitions were smooth. The transition area was not crowded, I was at the end of the pack. However, keeping everything in order was very important in order to do them really quickly. The race staff was also great, cheering and offering help with the bike, the number belt, etc.


I prepared for my first triathlon following a 20 week, swim focused, training plan by the BeginnerTriathlete site. That was the basic good decision that allowed me to finish my first race. Even though I did not followed it strictly, it was the guide to follow, mostly when I missed sessions for any reason and felt I missed the timing or  when I was bound to exaggerations.


For my next race, I am following the 13-week original sprint. Let´s see what I can achieve!


My goal is to end in the first place in my category. That seems bold, doesn´t it? But it is not. It happens that there are not too many 45 to 49 women in this sport, here in Sao Paulo. In my first race we were two. And I got the second place. So maybe I can win the next race!