You Won’t Believe What The Second Triathlon Was! 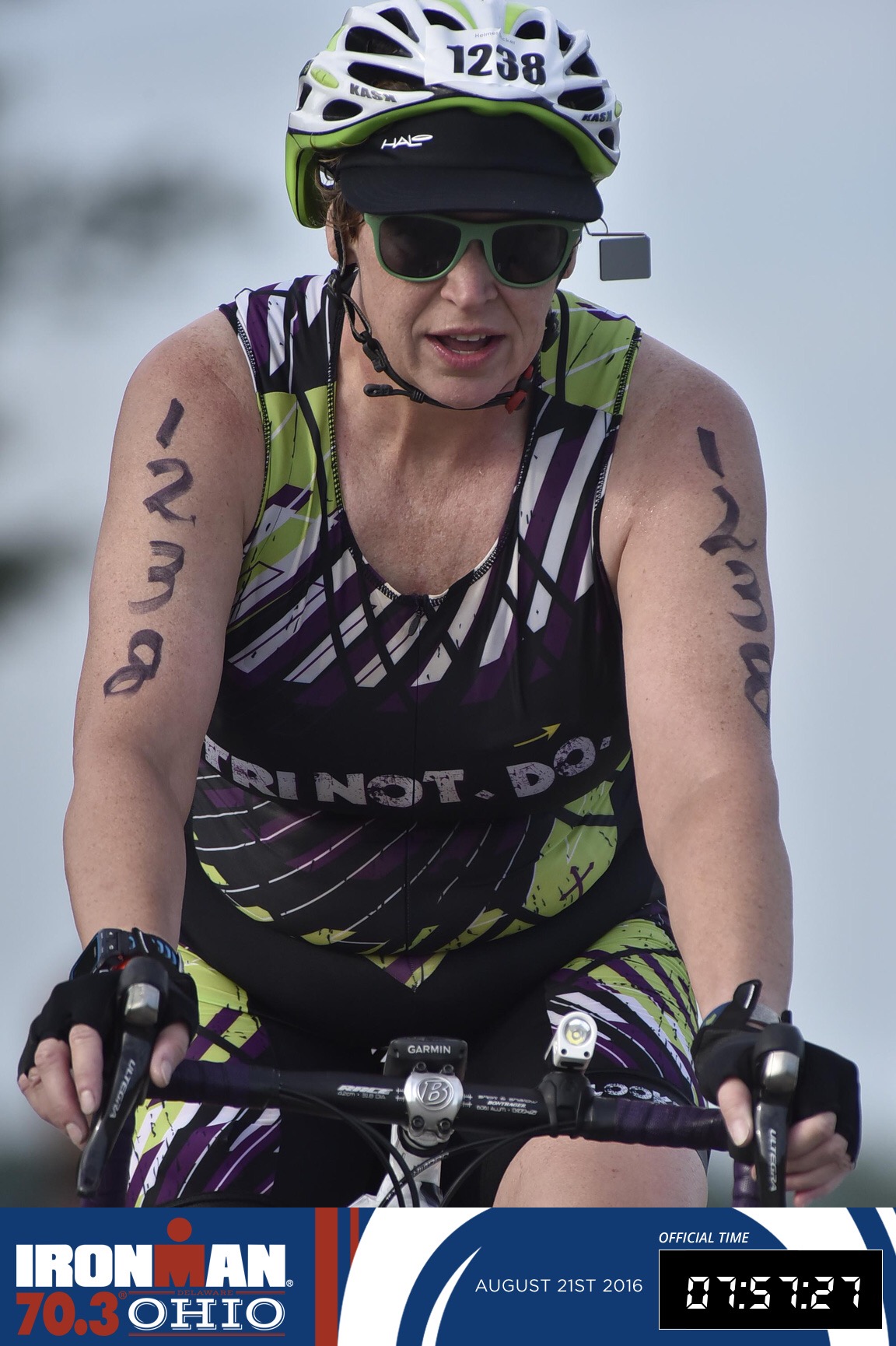 Diane Lemay was used to accomplishing big goals: she is a retired pediatrician, a medical director at Anthem Health Insurance and is a theology student at Ohio Dominican University in Columbus, Ohio. In high school, she had been a runner and in her thirties she ran marathons. She did a mini triathlon at Buckeye Lake in Ohio, where she lives, but she didn't really enjoy it. She found the transitions difficult, especially biking to running, and that was the end of her triathlon experience, she thought.

In 2015, Diane found that she needed a new goal: she had experienced the break up of a long time relationship, she had gained weight and she felt that she just wasn't herself: she wanted to get the active part of herself back. She was already a cyclist and loved it, and with her running background she knew that if she could learn to swim, really swim properly, she could attempt a half-Ironman race. So, she made that her goal. It was December 2015 and the only Ironman-sponsored event in Ohio was a 70.3 in August of 2016. It was the first time Ironman had come to Ohio and it was in eight months!

Diane enlisted the help of Coach Kim Clark, who had her start swimming on December 26, 2015: there was no time to waste so the day after Christmas Diane was in the water, and for 18 months Diane has continued to learn and train to be a better swimmer. Now she loves it. She finds that when it is just her and the water swimming has a meditative quality. "I pray a lot when I swim," she said.


Her biggest obstacle in swimming was that she had a hard time putting her head all the way in the water. So her coach taught her a trick: she pretends that when she is blowing bubbles she is talking to the fish and that when she is breathing and her ear is to the ground she is listening to them talk. Diane also learned to breathe bilaterally from her coach not only to balance her breathing but to give her the option of choosing one side over another if the sun is in her eyes when swimming. Coach Kim Clark also created hardships for Diane (swimming over her) to get her mentally ready for the swim. She even enlisted the help of a swim class full of children to jump in and swim over Diane.

Transitions were difficult at first because of the heaviness coming out of the water and moving on to the bike. It was a "different kind of hard," she said. Biking to running was all about recruiting different muscles and changing your rhythm. 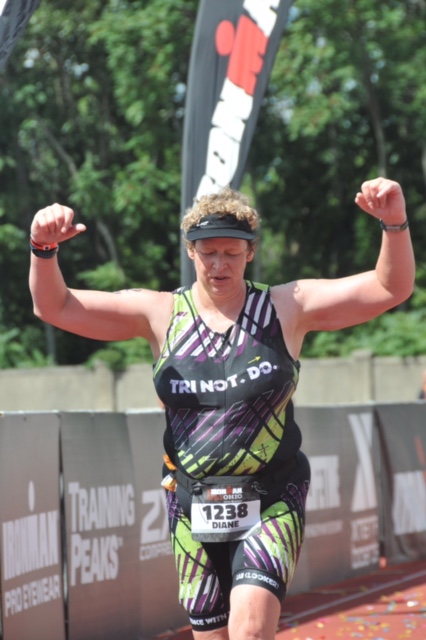 After eight months of training, Diane did her first IRONMAN. Swim 1.2 miles, bike 56 and run a half marathon, 13.1 miles, in Delaware, Ohio. "I actually enjoyed it," she said. But the swim was tough. She had a hard time swimming in a straight line and says she knows she swam much farther than the 1.2 miles. During the first five minutes, she had a panic attack. Her heart rate was skyrocketing and she couldn't catch her breath. The next wave of swimmers was passing her. She swam over to one of the kayaks in the water for safety and just waited to get her heart rate down, then she was fine and completed the swim. Her concern: Would she make it in the time allotted for the swim, or be disqualified? "I made it with six minutes to spare," Diane said.

She took a couple of weeks off after the IRONMAN, then thought she would just continue to do some maintenance training. Her coach had other ideas for her. She asked Diane, "What makes you get up in the morning? What are the things you are passionate about?

Well now, Diane was passionate about triathlons. But, she also has a passion for helping those who are incarcerated. She hopes to work in the prison system when she becomes an ordained minister. Put those two interests together and there is just one place to go: Alcatraz.