The thought of completing one of the three elements would bring tears to the eyes of the average person, let alone managing to finish all three in one day. It has such a fearsome reputation that it doesn’t cross a lot of people’s minds even to consider that they might be capable of taking part in a triathlon, yet time and again those people who do give it a go find they achieve their goal, and improve their lives in the process. It’s possible for people from all walks of life to reach the level of fitness required to take part in a triathlon, so if you’ve always believed it would be beyond you, find out why you are just as likely to meet the challenge as anyone else.


The biggest battle you’ll face when undergoing training for a triathlon is not the physical exertions, but the mental stamina you’ll need to push yourself to keep going. First, you need to cultivate the kind of positive mindset that believes you can achieve what you’re aiming for. It can be hard enough to find the motivation to spend a few hours a week at the gym working out, but the intensity of triathlon training is far greater than for an everyday fitness routine. If you don’t possess the willpower and determination to succeed, chances are you’ll fail. You need to believe you can do it and think positive thoughts to get you in the right frame of mind; then you need to find the inner strength to keep going with your regime when you’re facing additional challenges.


The standard advice to anyone who is thinking of taking up a physical challenge or training routine is to have a check-up at the doctor and make sure there’s no reason why you shouldn’t go ahead. The young do have their share of medical problems, but as you get older you’ll find that there is an increased probability you’ll be affected by some kind of health issue. Running when you have arthritic knees or overstraining your heart is going to be painful and possibly dangerous. You also need to check with your doctor what limits they would recommend for someone in your condition. For instance, they might feel that concentrating on one element like cycling or swimming would be a better fit with any pre-existing health concerns. Having medical problems won’t necessarily preclude you from competing in a triathlon, but you need to be sure you are training and competing at a level that is suitable for you.


Starting when you’re middle-aged and beyond

There are some inspiring examples of people competing in marathons and triathlons in their later years. As long as there is no medical reason to abstain, keeping fit and strong should contribute to your overall wellbeing and help you live a longer and more productive life. You need to bear in mind that the process of increasing your physical fitness will take more time than it would for a younger person, as your body won’t be so efficient at building muscle and lung capacity. You’ll know that as people age their muscles become softer and less toned, and can start to sag. This is because of a reduction in the efficiency of metabolic conversion, where the protein is broken down (catabolism) and used to build new muscle fibers (anabolism). If you are struggling with muscle tone, you could consider taking supplements that might help you build muscle more effectively. Before taking any supplement, find out more info about what it contains and discuss it with your doctor to make sure it’s safe to take. Being older may mean it takes you longer to achieve your peak fitness, but you will probably surprise yourself with how much you can achieve.


Surely if you were never into sports at school and hated gym class, it means you haven’t got any natural talent – and without it, how could you hope to achieve something as difficult as training for a triathlon? If you’ve never considered yourself physically talented, that doesn’t mean you can’t rise to the challenge now. Have a browse on the web and you’ll find all sorts of inspiring tales about couch potatoes who took up running in their forties and now compete in several marathons every year. It isn’t beyond your reach if you’re prepared to commit to it and put in the effort to succeed. There’s no debate as to whether talent even exists, or whether someone who displays what we think of as talent just has a better mindset and has been given the opportunity to flourish. 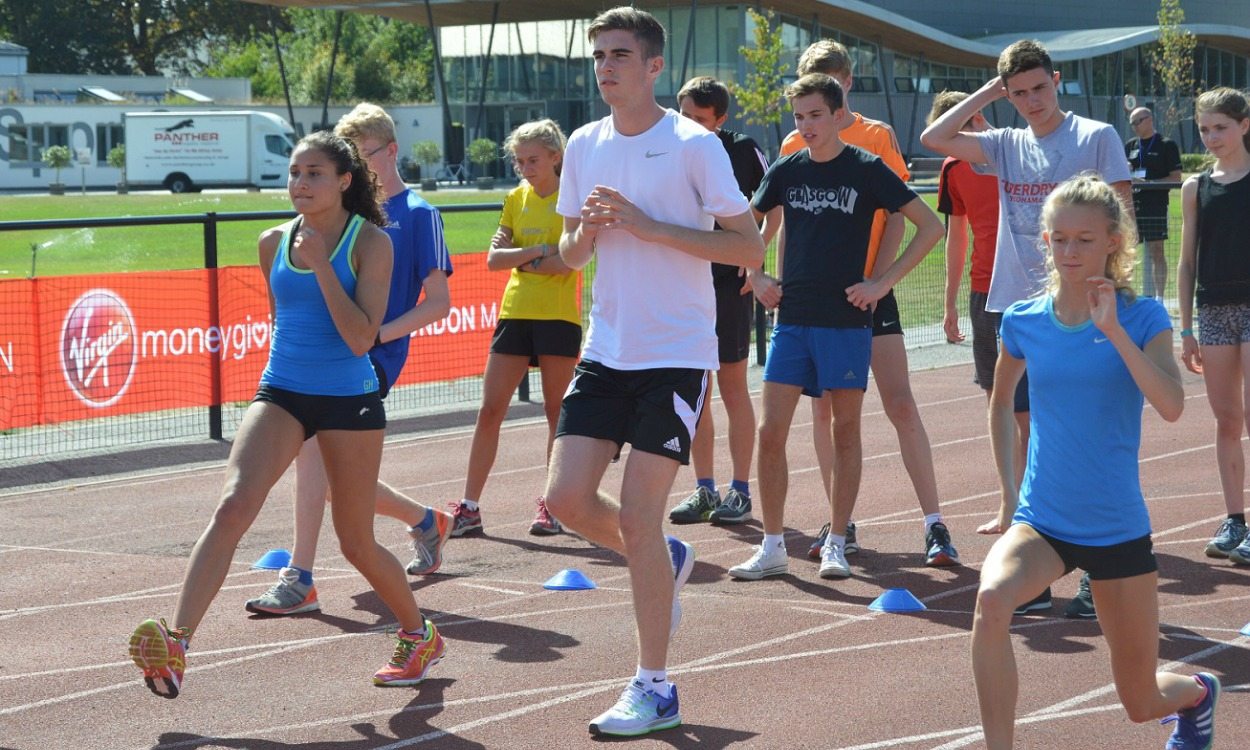 
It’s far easier to stay on the couch eating Twinkies and watching television than it is to get off your butt and go for a run. People tend to fall back on what they feel comfortable with rather than pushing themselves out of their comfort zone. It’s not a bad tactic if your life consists of avoiding getting eaten by marauding wildlife or trying not to die before your twenty-five like your prehistoric ancestors. However, in a modern society, staying inside your comfort zone is like living in a padded cell. If you don’t take a few risks and push yourself to achieve more, your life might turn out to be disappointing and unfulfilling, so don’t be afraid to get your adrenaline pumping now and then.

If you have an idea that you would relish the achievement of completing a triathlon, don’t count yourself out because you currently wheeze after walking up a flight of stairs, are a hundred pounds overweight, or you’ve never taken part in a sporting activity since you were able to make your own choices. As long as you don’t have any medical conditions that make it inadvisable, then with the right attitude, a sensible fitness plan and some expert guidance, there’s nothing to stop you becoming a triathlete.