Business executives: It says something about you if you're a triathlete

Most of us don’t train for triathlons to pad our resumes, but don’t overlook the importance of what endurance sports says about the kind of person you are. After reading a Forbes article about why Ironmen and Ironwomen make great CEOs, Beginner Triathlete recently spoke with Christopher Milam, who is the founder and CEO of three U.S. companies: a science and technology startup, an aerospace company, and a company that designs mixed-use space that respects the nearby nature.

Upon meeting potential investors recently for a critical project, Milam said that he was impressed that two of them were competitive cyclists, and showed it not only in their trim physiques, but in their attitudes. Milam, himself a runner and occasional cyclist, said he values the discipline and nerve it takes to train toward a physical goal such as a triathlon. 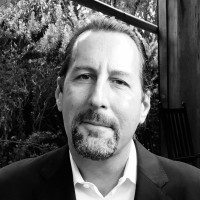 “People who intentionally train for an event, they have a lot of qualities that translate to business success,” Milam said. “They believe in their ability to reach a goal, they show the capacity to plan ahead incrementally for weeks or months, and they have the grit to get up every day to do the work.”

Milam, of Austin, has years of experience spotting which people will be a positive contribution to the teams he builds for development projects and technology projects in California, Texas and beyond.

Often it’s difficult to tell how committed and driven someone is from their work resume, as it's usually full of glowing descriptions of effectiveness that can be difficult to verify. But professionals who look fit and casually slip triathlon into the conversation can put themselves head and shoulders above the competition.

Mental toughness is an attribute employers often find hard to evaluate, and they sometimes complain about a lack of it in the millennial generation. It’s one thing to tell a potential business partner that you never give up. It’s another to mention that you’ve completed a half-ironman, a marathon or an endurance swim of several miles.

“I know from experience the solitary nature of training alone, the temptation to give up, or just not get out there in the first place,” Milam said. “It speaks volumes about a person, as I’m trying to evaluate their character, if they’ve demonstrated physical endurance on a regular basis.”

Further, many of us know we do some of our best thinking and problem solving on a quiet morning ride or a long session of lap swimming. If you hire a triathlete, you know you'll get quality thinking time on work projects during those long workouts.