Get Flash to see this player. 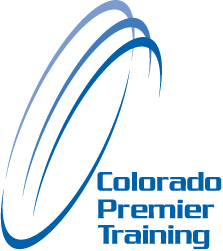 The first segment of the BT 'Getting Aero' series, Bike Power and Position Basics, went over power training concepts and the general interplay between position, efficiency and aerodynamics of a bike fit.

This second segment, Bike Fit Test With Power, will outline a controlled power test protocol from which all future position changes can be based upon to see if there are improvements in efficiency.  Remember, ultimately we are trying to determine the optimum rider position where a rider remains relatively comfortable and efficient for the distance they are training for, plus a balance between the best aerodynamics to produce the greatest power output.  Just because a certain position produces the least drag and has the greatest power output, it won't matter if the rider can't comfortably hold it over the race distance.

The first step in determining the optimal position is that Colorado Premier Training will take a persons current bike setup and replicate it on a Velotron which measures power and cadence.  They then take the rider through a controlled test protocol where after a warmup, they will increase the riders power output on the bike by 20 watts every two minutes until they reach the persons Functional Threshold Wattage (FTP), the power output where the muscles go from aerobic to anaerobic.  These 20 watt steps will span the persons heart-rate training zones that they use to train and race at.

During each constant 2 minute, 20 watt step, Colorado Premier Training will measure heart-rate and the rate of perceived exertion to determine the physiological response to that riders position.  Eventually after testing several positions, the most efficient positions will be found where the rider can produce the most power, most comfortably.

Now, at this stage we still don't know the effects of the optimal positions aerodynamically.  This is where the positions are lastly replicated in the wind-tunnel to find the best combination of aerodynamics and efficiency.

This video will show Aaron getting his bike position replicated on the Velotron and Colorado Premier Training will take him through a power test protocol to gather baseline data for future position changes.

Part 3 in this series will show two position changes done on Aaron's bike setup to see if he is more efficient in the new postions.  Eventually these positions be tested and evaluated in the wind tunnel.