Now that it is getting closer to the big day, we have been inundated with advice, rules and regulations about how to make the best of our first triathlon.

Now that it is getting closer to the big day, we have been inundated with advice, rules and regulations about how to make the best of our first triathlon.

I have had emails from the organizers, charity Leonard Cheshire Disability, with lots of advice and information about the day, most of which I would have never have thought of myself.

I doubt that every event will be the same, but it seems like there is an awful lot to remember for the Tri Together triathlon my boyfriend and I are doing. Not only do I have to remember a change of clothes for afterwards, but I have already made lists of things to take on the day, and we are still a few weeks away. On the list are safety pins (to pin the race numbers on), a t-shirt, (to have something to pin them on to,) candy and water and not to mention a towel and oh, yes, the bike.  But the bike has to be fully serviced, with all parts in fully working order, so it’s not as straightforward as it sounds. Apparently, checks will be made on the day, so there’s no cutting corners allowed. To be fair, if you had squeaky or faulty brakes, you wouldn’t get very far around the course anyway, so it is best to be prepared.

As well as remembering a cycle helmet, it also has to be spotless, and up to the latest regulations, or you won’t be allowed to take part. I am already nervous about the event, but that isn’t helped by the fact that I could be refused entry on the day. That really would be crushing, after all these months of training and preparation. I thought that because this event is for charity that the rules would be somewhat relaxed, but that doesn’t seem to be the case at all. There are still time penalties and disqualification for bad behavior and rule breaking, so I had better behave myself!

It has been a long journey from the moment I signed up to my first triathlon. It is now in the summer months and I vaguely remember agreeing to this in the cold and dark winter, thinking it was a very long time away, and that it would be fine closer to the time. But now the day is approaching and the nerves are creeping in. Of course it is normal to be nervous about something so momentous, but all the same I have been trying to pin down what I am nervous about. Firstly, getting there on time. We are grateful to our wonderful friends and family for coming along to cheer us on from the sidelines, but this also means having other people to organize besides ourselves.

Family are coming from several corners of the country, and friends from just down the road, but everyone needs to be at our house at a certain time for us to set off, and set off in plenty of time to make registration, set up transition and collect the necessary race numbers, fluids and maps.

Setting up transition, now there’s another skill to be mastered. Depending on the weather, it would be fine to leave a towel out with your sneakers and helmet, but if it’s raining, you don’t want soggy shoes and a redundant towel, so the advice seems to be to check out the facilities (and weather forecast) in advance.

I suppose another thing that it is normal to be worried about is making it round the course in one piece, and doing so in a semi-decent time. I have been doing months of training, and I have never pretended to be the best at anything or the fastest, let alone the strongest swimmer or the furthest runner, but I think I have definitely improved and I feel like I am the fittest I have been in a long time, perhaps ever, as a result. Now that has to be worth something.

I am sure I have made plenty of mistakes along the way, but it has been a learning process. I perhaps shouldn’t have run again on shin splints, but at the time I didn’t know I had shin splints, and was naive about it. Now I know the risks, I can recognize the signs and not fall into the same trap.

Although we have done some bricks, I think I should have done more, and been braver about it. I haven’t put all three disciplines together and I am not sure whether this is me in denial, concerned about how hard it will be, or laziness. I think the former, which is why the actual event itself may come as a bit of a shock.

One of the good things to come out of this challenge is raising money for charity. So far we have raised over $1,000 for Leonard Cheshire Disability through the generosity of friends and family, plus a delicious cake sale at work that raised $100 on its own. Seeing the total creep up on the fundraising website and getting messages of good luck and support from everyone has really made it worthwhile, and it has also provided an interesting talking point for the last few months. By sponsoring us and following our journey along the way, people have been invested in the challenge and seemingly genuinely interested in how the training is going. This can work two ways – firstly, to share the latest bike ride distance, and how many muscles ached that day, or secondly, a sharp reminder to get the sneakers back on and get out for a run if it had been a while. You can’t escape the guilt of not training properly, and for me it has been the thought of collapsing with exhaustion half way through that has motivated me as well as other factors.

It's getting closer to the day and we also have to think about a proper diet. ‘Carb loading’ is something I am looking forward to – an excuse to eat pizza, pasta and meat for a few days beforehand to store up on energy.  I think I will need all the energy I can get.

I’m just looking forward to the free cupcakes and sports massage at the finish line! 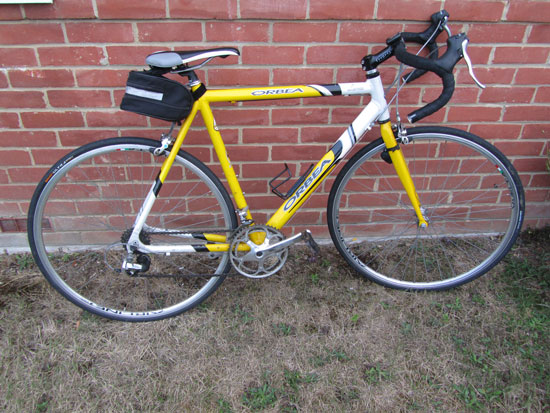 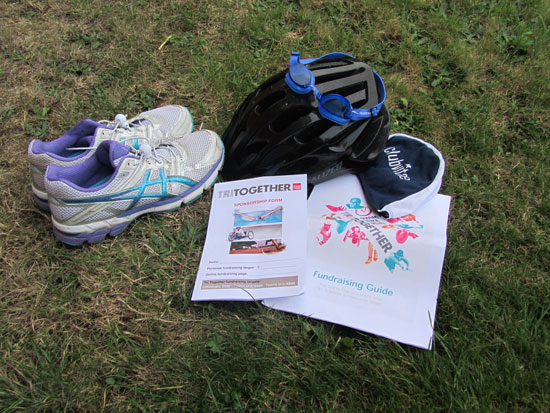