The role of alcohol in your sports diet

Triathletes and runners can be very competitive as athletes. Unfortunately, some can also be competitive as drinkers, not to be outdone by their peers. Ask any coach or college athletic director, and you’ll hear concern about alcohol and athletes—a dangerous duo, especially among team sports. Excessive alcohol intake is associated with injuries, poor work and school performance, arguments, sexual abuse, loss of memory, driving under the influence, and trouble with the law—to say nothing of vomiting, hangovers and poor athletic performance.

Yet, celebrating wins with alcohol is perceived as the norm. Whether athletes feel pressure to celebrate with alcohol or they just enjoy drinking, research shows serious recreational runners drink more than their sedentary counterparts, and college athletes binge-drink more than non-athletes. Unfortunately, alcohol is a highly addictive substance and is the most abused drug in the United States.


If alcohol has a big role in your sports diet, take note:


Calories from Alcohol Add up Quickly 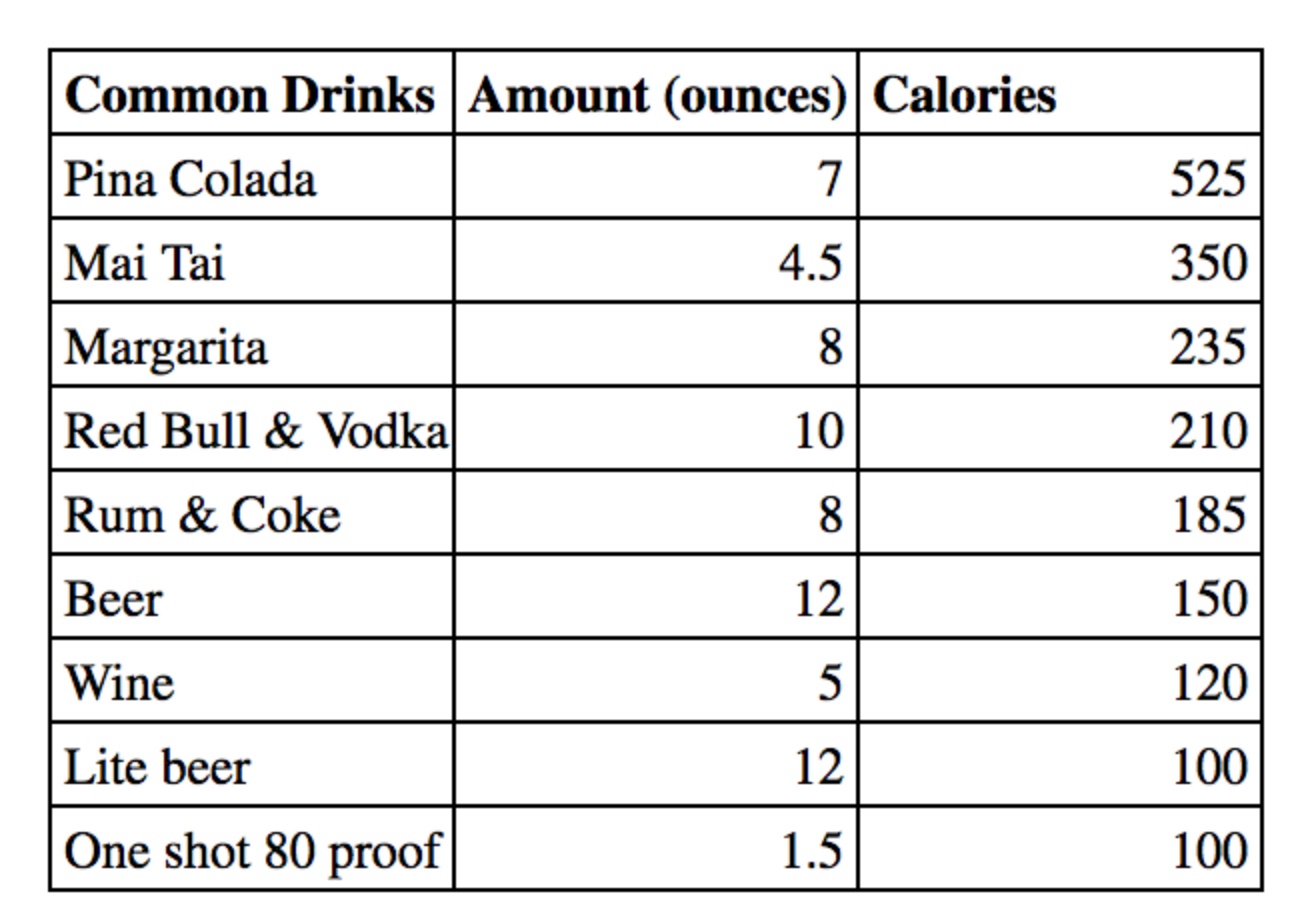 
There is more research on college athletes and drinking than on adults and age groupers.

To address alcohol abuse among student-athletes, many college campuses are educating students about social norms—the beliefs about what is normal and expected in social situations. For example, despite popular belief, everyone does not drink nor do most students get drunk all the time.

A survey at Southern Methodist University asked these questions to students on a Friday about alcohol use on the previous night:

Did you drink last night?

At Dartmouth College, a typical social norms statement might be 74% of Dartmouth drinkers have zero to four drinks on the average Friday night. That means, not “everyone” is drinking, and binge-drinking is NOT the norm! With ongoing social norm education, students will hopefully change their drinking practices. Given that athletes are often role models, reduced alcohol use among athletes can potentially have a positive widespread social benefit.


Is there any good news about alcohol?


Yes! In moderation, alcohol can have health benefits. Red wine, for example, contains health-protective phytochemicals that can reduce the risk of heart disease. A drink before a meal might improve digestion. A drink with friends brings social pleasure.

When it comes to alcohol, the key word is moderation. Moderation means two drinks per day for men and one for women. To help enforce moderation, first quench your thirst with a non-alcoholic beverage, and then, if desired, choose the alcohol-laden option.

Sports nutritionist Nancy Clark MS RD CSSD has a private practice in the Boston-area (Newton; 617-795-1875), where she helps both fitness exercisers and competitive athletes create winning food plans. Her best-selling Sports Nutrition Guidebook, and Food Guide for Marathoners are available at . For workshops, see www.NutritionSportsExerciseCEUs.com.

Nancy Clark, MS, RD, an internationally known sports nutritionist and nutrition author, is a registered dietitian (RD) who specializes in nutrition for exercise, health and the nutritional management of eating disorders.

Nancy Clark, MS, RD, an internationally known sports nutritionist and nutrition author, is a registered dietitian (RD) who specializes in nutrition for exercise, health and the nutritional management of eating disorders.